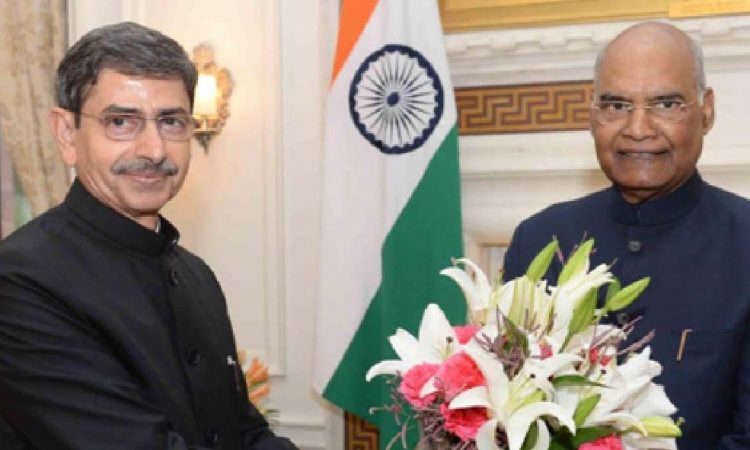 Dimapur, August 6: Against the backdrop of the revocation of Article 370 from Jammu & Kashmir and the apprehension from people over its implication on Nagaland, newly appointed State Governor, RN Ravi Tuesday assured that people of Nagaland that no similar action will be taken against the special provisions enshrined in Article 371 (A).
“Dear brothers, sisters and children of Nagaland. Some people have expressed apprehensions over the implications of development in Jammu & Kashmir on Nagaland.
“I would like to categorically assure you all that you do not have to worry at all. Article 371(A) is a solemn commitment to the People of Nagaland. It is a sacred commitment,” he said in a message.
The Governor also assured that the Government is  earnestly working to happily conclude the ongoing political process, which he said, is at a very advanced stage.
Meanwhile the Governor Tuesday called on the President of India, Ram Nath Kovind and the Vice President of India, Venkaiah Naidu at New Delhi and briefed them on matters pertaining to the State.
This was Ravi’s fist meeting with them in the capacity of the Governor of Nagaland.
Rio welcome Guv statement
Chief Minister Neiphiu Rio has welcomed the statement made by Nagaland Governor RN Ravi assuring the people on Article 371 (A) and that the Centre is working to conclude the ongoing political process which is at an advanced stage.
“The State Government welcomes the statement of the Honorable Governor and it is taken as an assurance of the Government of India. The Government finds it encouraging that the talks are at an advanced stage and there is positive hope that the political negotiations will reach it’s logical conclusion through an honourable and acceptable solution,” said a CMO release.
The State Government assured fullest cooperation in its role as active facilitator and will leave no stone unturned to work towards creation of a congenial atmosphere in order to facilitate the political solution, it said.
The State Government also assured every citizen that it will stand up for the rights and the protection of the people under all circumstances. It appealed to all sections of the people to unite as one Naga voice under a spirit of unity and oneness. (Page News Service)