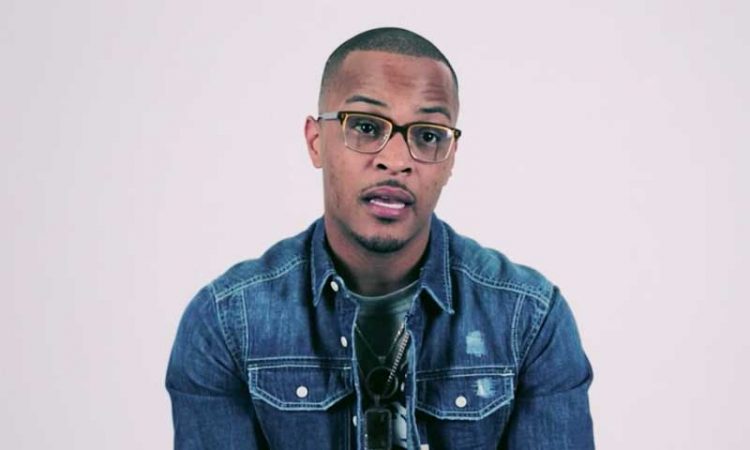 The HBO documentary Leaving Neverland aired for the first time in the UK on Tuesday featuring fresh allegations of child abuse against Michael Jackson.
Wade Robson and James Safechuck alleged graphic details of being abused by the star during the four hour, two part documentary.
Several stars have spoken out in defense of the ‘king of pop’ who has been dead for ten years including U.S. rapper TI who came out in support of the pop artist on Wednesday.
Responding to the documentary on Instagram TI said: ‘Let this man speak for himself to defend his legacy.
‘Don’t just listen to one side and expect to find truth.
‘Oh that’s right…Dead men can’t speak.
‘So what was the point again? Destroy another strong black historical LEGEND?!?! It’s several examples of pedophilia in American History.
‘If y’all pulling up all our old sh**… we gotta examine ELVIS PRESLEY, HUGH HEPHNER,and a whole slew of others guilty of the same if not more!!!
‘BUT WHY US all the time? There’s an agenda to destroy OUR CULTURE.’
The rapper posted a picture of Piers Morgan’s 1999 interview with Micheal Jackson in which he the star said he would ‘slit my wrists’ before hurting a child after Morgan questioned him over the allegations of child abuse at the time.
The rapper captioned the post: ‘Piers Morgan a real one for this’.
The documentary was aired hours after protesters gathered outside the central London offices of Channel 4, holding banners claiming he was innocent and chanting: ‘facts don’t lie, people do.’
The show has already been aired in the U.S.
Fans of Michael Jackson were sceptical of the claims against him, which have also provoked a fierce reaction from the singer’s family.
One viewer said: ‘It’s such a shame that we can’t hear Michael’s side of the story and we never will.’
JReg said: ‘I’m only 30 minutes into this documentary but it’s a shame Michael Jackson is dead because I’d love to hear what he had to say about it.’
Another Twitter user called Rob said: ‘However terrible the things he did are, they don’t detract from the quality of the music he made.’
Steve M wrote: ‘Nothing would stop me listening to Michael Jackson’s music and this hash of a documentary with badly acted ‘victims’ certainly won’t.’
Christopher Wade said: ‘Massive fan of Michael Jackson. Don’t want to believe it, so not going to.’
Another commenter called Ashley said: ‘Nothing was any more proven in Leaving Neverland than it was in any of the old court cases. So don’t let this documentary taint Michael’s genius music.’
Mr Safechuck was 10 years old when he met Jackson in 1986 on the set of a Pepsi advert.
He alleges that Jackson, who throughout his life denied any allegations of sexually abusing children, showered him with gifts while grooming both him and his family.
Mr Robson, an Australian, was five when he first met Jackson after winning a dance competition in Brisbane. He alleges similar abuse.
The response to the documentary has seen radio stations in New Zealand and Canada pulling Jackson songs from the airwaves.
BBC Radio 2 has been forced to deny reports it had stopped playing Jackson’s music.
A spokeswoman said the BBC ‘does not ban artists’ adding: ‘We consider each piece of music on its merits and decisions on what we play on different networks are always made with relevant audiences and context in mind.’