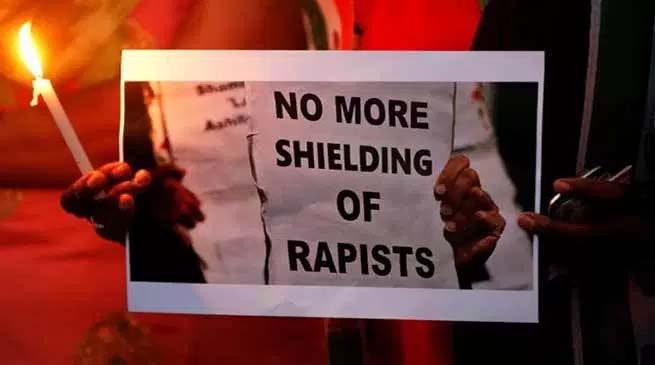 New Delhi, October 24: The Centre has informed the Delhi High Court that rape laws cannot be made gender-neutral because of the perpetrator of the offence who is a man and that even globally offences like sexual harassment are predominantly perpetrated by a man on a woman.
The reply by the ministry of home affairs was filed before a bench of Chief Justice Rajendra Menon and justice V Kameswar Rao while responding to a petition, which challenged the constitutional validity of sections 375 & 376 (rape) of the Indian Penal Code (IPC) seeking to make these sections gender-neutral.
It is pertinent to mention that rape laws are gender-specific and an FIR under these sections can be registered only against a man and not a woman.
The affidavit states: “…that after due deliberations at various levels including various stakeholders and women groups, Section 375 was decided to be kept gender specific qua the perpetrator of the offence and the perpetrator is said to be a man.
“Further, globally offences like sexual harassment along with other offences like voyeurism or stalking are predominantly perpetrated by a man on a woman. These sections have been enacted to protect and keep a check on the rising levels of sexual offences against women in India.”
The Centre also said that other sections like 498a, which provides for prosecution of a husband or a relative of the husband of a woman subjecting her to cruelty, are also gender-specific to ensure the safety of the women.
According to the plea filed by advocate Sanjjiv Kkumaar, boys below the age of 18 are safeguarded under the Protection of Children from Sexual Offences (POCSO) Act.
However, there is no guarantee of their safety once they cross the age, following which they “are robbed of their rights”.
Advocate Kkumaar filed the plea in the wake of an incident at a private school in Gurugram where a minor boy was found dead with his throat slit in the washroom. Investigations later revealed that a sodomy attempt was made on the boy.
In its affidavit, the Centre asserted that a similar petition was filed before the Supreme Court which dismissed it, and hence it is liable to be dismissed as it is devoid of merit.
The public interest litigation (PIL) had invoked the privacy judgment, stating that the Supreme Court had ruled that “consent” is intrinsic to the Right of Privacy and Bodily Integrity, Human Dignity and personhood. (Agencies)