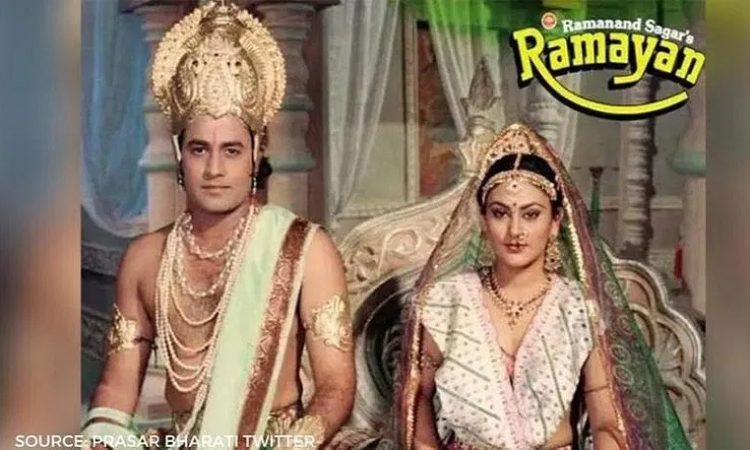 New Delhi, May 2: Aired again after 33 Years, Ramayan has set a world record by becoming the highest viewed entertainment program globally.
The re-telecast of the TV show started on Doordarshan National in March soon after Prime Minister Narendra Modi announced a nationwide lockdown to contain the spread of novel coronavirus.
DD National said on April 16, 7.7 crore people across the globe watched the show.
“Rebroadcast of Ramayana on Doordarshan smashes viewership records worldwide, the show becomes most watched entertainment show in the world with 7.7 crore viewers on 16th of April,” DD National posted on official Twitter handle.
Thanks to all our viewers! #RAMAYAN – WORLD RECORD! Highest Viewed Entertainment Program Globally, another tweet read.
Written, produced and directed by Ramanand Sagar, Ramayan , first aired on Doordarshan in 1987 and acquired a cult status over the years.
The show featured Arun Govil as Rama, Dipika Chikhlia Topiwala as Sita and Sunil Lahri as Lakshman. It also starred veteran actors Lalita Pawar as Manthara, Arvind Trivedi as Ravana and Dara Singh as Hanuman.
Ramayan concluded the rerun on April 18 and it was followed by the retelecast of Uttar Ramayan .
The final episode of Uttar Ramayan will air on Saturday.
The show will be replaced by Sagar’s another popular series Shri Krishna , which will start airing from Sunday. (PTI)