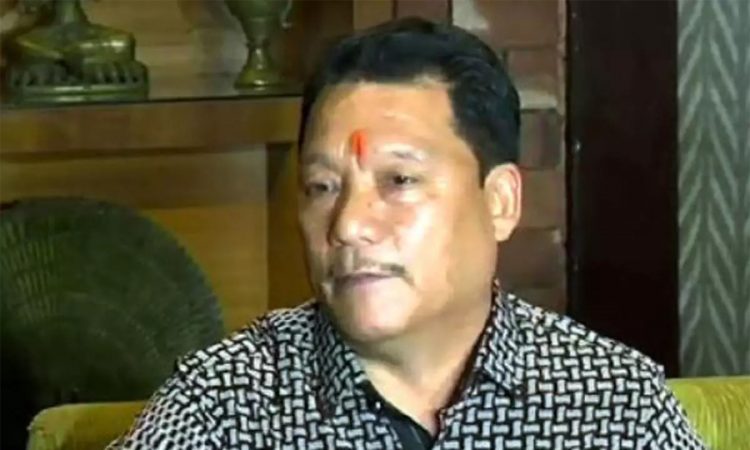 Kolkata, October 26: Days after the supremo of the undivided Gorkha Janamukti Morcha supremo Bimal Gurung surfaced in Kolkata after being in hiding for three years, Darjeeling hills witnessed rallies by his supporters and detractors welcoming him and opposing his return respectively.
Gurung had made a dramatic reappearance in Kolkata on October 21, quit the BJP-led NDA and aligned with TMC asserting that the saffron party has “failed to find a permanent solution” for the Hills which had witnessed major unrest over demand for a separate state in 2017.
The Binay Tamang faction of the hill party, currently in political control of the Darjeeling hills, took out protest rallies on Saturday and Sunday claiming that Gurung’s return meant reverting to violence.
Gurung will not be allowed to enter Darjeeling hills, the Tamang faction asserted.
“The people of the hills don’t want him (Gurung) to return as it means days of strike and violence once again. The people of the hills want peace,” said Anit Thapa, a senior GJM leader loyal to the Tamang faction.
The Tamang faction of GJM is scheduled to take out more rallies on Tuesday and Wednesday to pressurize the state government to stop Gurung’s return to the hills.
The GJM Gurung faction too took out rallies in Darjeeling on Sunday and Monday in his support and demanded that he be allowed to return immediately.
“His (Gurung’s) return is needed for the development of the hills. Binay Tamang and his team have done nothing for the development of the hills,” said a GJM leader of Bimal Gurung faction.
According to sources, Gurung, who along with his close aides are lodged in a hotel in Kolkata, is watching the situation closely and is expecting the state government to drop charges of murder and UAPA against him.
More than 140 cases were lodged against Gurung during the 104-day prolonged agitation in the Darjeeling hills over the separate statehood demand in 2017.
When contacted, GJM Gurung faction general secretary and his close aide, Roshan Giri declined to comment on the issue and said it is not the “right time to comment on the matter”.
The ruling TMC in the state is in talks with the Binay Tamang faction of GJM to ensure that the two groups join hands in the hills, a senior leader of Mamata Banerjee’s party privy to the development said.
The picturesque Darjeeling Hills had repeatedly witnessed violent agitation over the demand for a separate state for over three decades. The last one was in June 2017 when the Hills saw a 104-day-long strike over the issue.
The strike had also led to a split in the GJM, with Binay Tamang, who was once a deputy to Gurung, taking over the reins of the party and expelling its chief.
Although the GJM faction led by Gurung had then kept up its support to the BJP, the Tamang faction had joined hands with the TMC of Mamata Banerjee. (PTI)