NEW DELHI, November 18: In a departure from convention, the Rajya Sabha on Monday allowed leaders of various political parties to speak and pay tributes to five late members, including former finance minister Arun Jaitley, instead of just the Chairman making obituary references.
Usually, the chair in the Upper House reads out obituary references before members rise as a mark of respect to the memory of the departed. The House adjourns proceedings if a sitting member passes away and takes up listed agenda soon after the mourning in case of former members.
But since the obituary was of Arun Jaitley – a man who had personally touched political lives of many leaders across the political spectrum, Chairman M Venkaiah Naidu allowed members to speak.
Once leaders had spoken, Venkaiah Naidu adjourned the proceedings till 2 pm as a mark of respect to Arun Jaitley and Ram Jethmalani, both sitting members.
In his obituary reference, Naidu described Arun Jaitley as a “quintessential politician” and a “man of impeccable integrity” whose stellar contribution is a matter of record.
An advocate by profession and a member of the Upper House since April 2000, Jaitley passed away on August 24 at the age of 66, he said.
Arun Jaitley, he said, left an inedible mark on all ministries he headed and was the force behind many landmark legislations including the Goods and Services Tax (GST), Insolvency and Bankruptcy Code, Benami Act and the merger of Rail Budget with General Budget.
Naidu also mentioned passing away of Ram Jethmalani on September 8 at the age of 95 as well as former member Jagannath Mishra (82) on August 19, Sukhdev Singh Libra (86) on September 6 and Gurudas Dasgupta (82) on October 31.
While Leader of the House Thaawarchand Gehlot said Arun Jaitley’s death was a personal loss to him, Leader of the Opposition and senior Congress leader Ghulam Nabi Azad said the personal relationship that the deceased member shared with other members turned political bitterness into sweetness on most tense issues.
“We haven’t seen such a media savvy minister and leader,” he said, adding Arun Jaitley did not stop meeting media personnel and friends even when he was ill during his last days.
He said loss of some persons is not just a loss to the party to which they belong but to the entire nation.
Derek O’Brien (TMC) said Arun Jaitley was a mentor to many of the new entrants in Parliament despite having diagonally opposite political ideology.
He recalled how Arun Jaitley had taken positively his comment on him being a “plantation manager who planted stories” in media sitting in Parliament.
Ghulam Nabi Azad described Ram Jethmalani as perhaps the only practising lawyer and a player in his mid-90s.
In his obituary reference, Naidu said Jagannath Mishra was a two term Rajya Sabha member from April 1988 while Sukhdev Singh Libra represented the state of Punjab in the Upper House from July 1988 to May 2004.
Ram Jethmalani, the “undisputed champion of cross-examination”, was six term member since 1988, he said.
Gurudas Dasgupta represented West Bengal in the Upper House for three terms between March 1985 and April 2000.
Prasana Acharya (BJD), Ram Chandra Prasad Singh (JDU), K Keshav Rao (TRS) and Navaneethakrishnan (AIADMK) too paid their obituaries to the five parliamentarians.
Senior NCP leader Sharad Pawar recalled the contribution of Arun Jaitley to sports. He said Jaitley often used to discuss issues related to cricket with him.
Sanjay Raut (SS) said death of Jaitley was also a loss to the Shiv Sena. Terming Arun Jaitley as “bridge builder”, senior Congress MP Anand Sharma the Modi-government would not have been able to pass a big legislations like GST without him.
The House observed silence as mark of respect to the late leaders. (PTI) 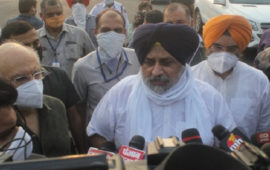 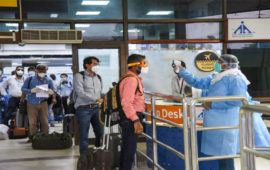 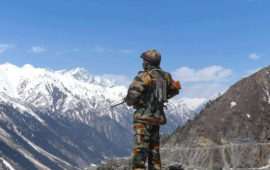 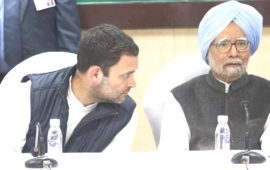 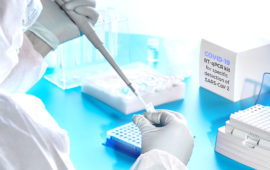 Antigen test without next step linked to COVID spread