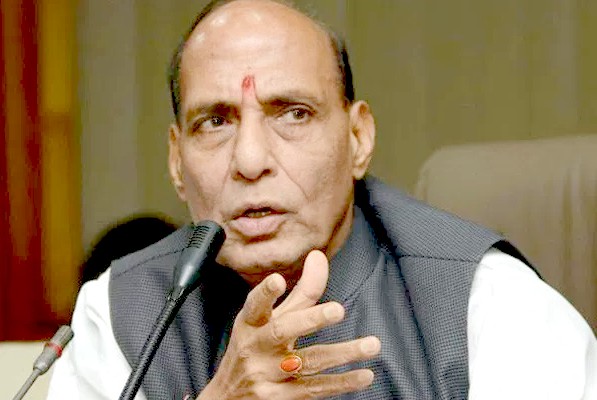 New Delhi, January 6: As it prepares to seek re-election in the forthcoming Lok Sabha poll, the Bharatiya Janata Party (BJP) on Sunday designated Union home minister Rajanth Singh to head the manifesto committee, while Union minister Arun Jaitley has the charge for the publicity and dissemination division.
Senior functionaries, including ministers have been given charge of various committees that would be involved in preparation of the manifesto, and undertake work related to the publicity, media and beneficiary outreach. The total number of these committees is 17.
As per the list issued by party president Amit Shah, Union minister Nitin Gadkari has been given charge of the committee that will establish contact with the non-government and social sectors. He has not been included either in the manifesto committee or in the publicity committee; both considered crucial for disseminating the party’s message to the electorate.
Gadkari recently courted controversy, after he was quoted to have raised questions of accountability within the party, following the BJP’s loss in the three Hindi heartland states of Madhya Pradesh, Rajasthan and Chhattisgarh.
In the 20-member manifesto committee, apart from Singh, the other members are Jaitley, Nirmala Sitharaman, Ravi Shankar Prasasd, Piyush Goyal, Mukhtar Abbas Naqvi, KJ Alphons, former Madhya Pradesh chief minister Shivraj Singh Chouhan, Kiren Rijiju, Bhupendra Yadav among others.
During the last Lok Sabha election, this committee was steered by veteran BJP leader Murli Manohar Joshi, who does not figure in any of the committees.
Jaitley’s committee has seven other members including minister for information and broadcasting Rajyavardhan Singh Rathore, Piyush Goyal, Mahesh Sharma and former Delhi BJP President Satish Upadhyay among others.
The BJP, which is eyeing the beneficiaries of its various government schemes as a vote bank, has put Saroj Pandey as incharge of the 13-member committee that will reach out to the beneficiaries.
Union external affairs minister Sushma Swaraj has the task of heading the group with the mandate to produce literature for the polls; her cabinet colleagues Ravi Shankar Prasad and Prakash Javadekar will head the media committee and the committee for interaction with intellectuals, respectively. (Agencies)