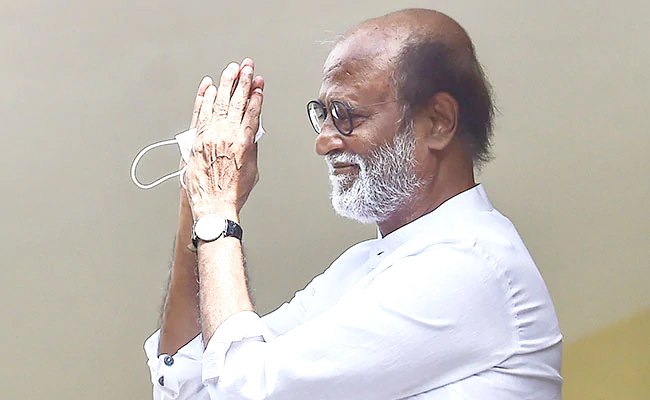 New Delhi, December 30: Actor Rajinikanth, who finally appeared ready to launch his political party with a “now or never” announcement earlier this month, has now decided to opt for the latter course, citing health concerns. “With extreme sadness I say that I can’t enter politics. I alone know the pain I went through while announcing this decision,” he said in a statement today — two days after his discharge from hospital where he was admitted over the weekend with blood pressure fluctuations.
“Without entering electoral politics, I will serve the people. This decision of mine will disappoint my fans and people but please forgive me,” read the statement of the actor, who set up the Rajini Makkal Mandram two years ago with a promise to practice “spiritual politics”.

“My hospitalisation was a warning given by God. My campaign will impact health amid the pandemic,” he added, explaining the reason for his decision.
The 70-year-old’s debut in politics has been anticipated by fans for nearly 25 years but despite weighing in on various subjects, he had not taken the plunge.
In October, he said he was advised by doctors to stay away from the heat and dust of a campaign. His immune system has been weak after a renal transplant, which made him more susceptible to the coronavirus, he said after a leaked letter — supposedly written by him — triggered speculation that he was delaying his political debut for health reasons.
The actor said the letter was not his, but the information was correct.
On December 3, Rajinikanth announced that he has decided to launch his party and contest the Tamil Nadu election. “It is now or never,” he had said.
The date of the launch was to be announced on December 31 and the launch was tentatively scheduled for January, five months before the state elections in Tamil Nadu. It was expected that the date would coincide with the Pongal festival or the birth anniversary of MG Ramachandran, the founder of AIADMK.
The prospect had triggered much excitement as the coming election promised to be lackluster in the absence of the two giants of Tamil Nadu politics, AIADMK’s J Jayalalithaa and DMK’s M Karunanidhi.
The deaths of both leaders have left a vacuum in the state politics, and it was expected that the entry of Rajinikanth and fellow actor-politician Kamal Haasan would help fill the gap.
After Rajinikanth’s announcement, Kamal Haasan had reiterated his willingness to work with him if their ideologies match. (ndtv)