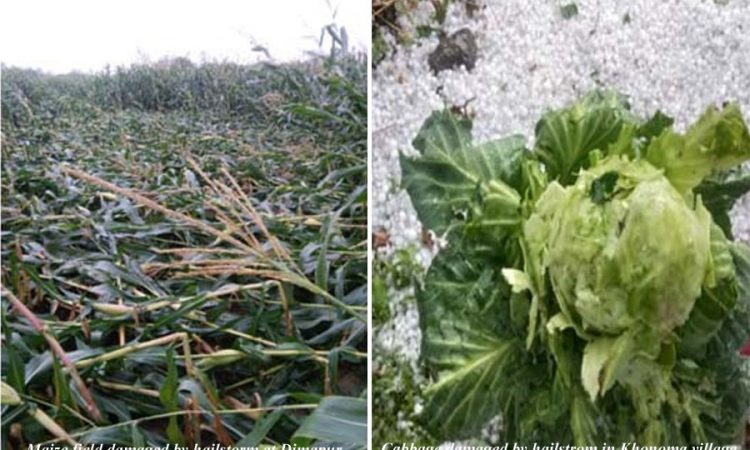 Dimapur, May 16: A total of 522.45 hectares of agricultural crops were damaged due to heavy rainfall, thunder squalls and hailstorm that hit Nagaland during the past few weeks.
The assessment of the scale of damage in terms of the area and types of field crops affected were surveyed by field officers and functionaries of the State Agriculture Department in respective districts and sub-divisions.
And as per the field reports, a total of 522.45 hectares of agricultural crops were damaged.
The most affected district was Zunheboto where 212.5 ha of agriculture crops (Maize, Kholar, Potato, Cucumber & Watermelon) were damage followed by Kiphire – 182 ha and Tuensang – 59 ha. In Kohima, 20 ha of agriculture crops were damaged.
Director of Agriculture, M Ben Yanthan informed that the names of the affected farmers has been collected by the respective DAOs and SDAOs even in the face the State-wide lockdown measures and travel restrictions for onward submission to the Ministry of Agriculture & Farmers Welfare, GoI, Kolkata division. (Page News Service)