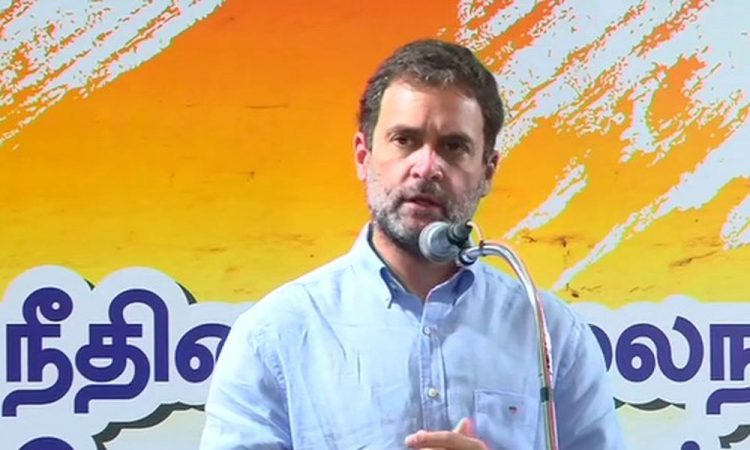 New Delhi, April 8: Taking a dig at Prime Minister Narendra Modi’s ‘Parikasha Pe Charcha’ programme, Congress leader Rahul Gandhi on Thursday said there should also be ‘Kharche Pe Charcha’ (discussion on expenses) as filling fuel in a car has become no less than giving an examination due to the Centre’s tax collection.

The Congress has been attacking the government over the rise in fuel and gas prices and has demanded that the prices be brought back to the level at which they existed at the time of the UPA government.
“Due to the central government’s tax collection, filling fuel in the car has become no less than giving an examination, then why doesn’t the PM discuss it?” Gandhi said in a tweet in Hindi.
“Kharche pe bhi ho charcha (Discussion should also be done on expenses),” he said.
At his annual ‘Parikasha Pe Charcha’ programme, Prime Minister Modi told students on Wednesday not to fear exams but to see them as a test to improve themselves, and said social and family environment at times create pressure around students that is not desirable. (PTI)