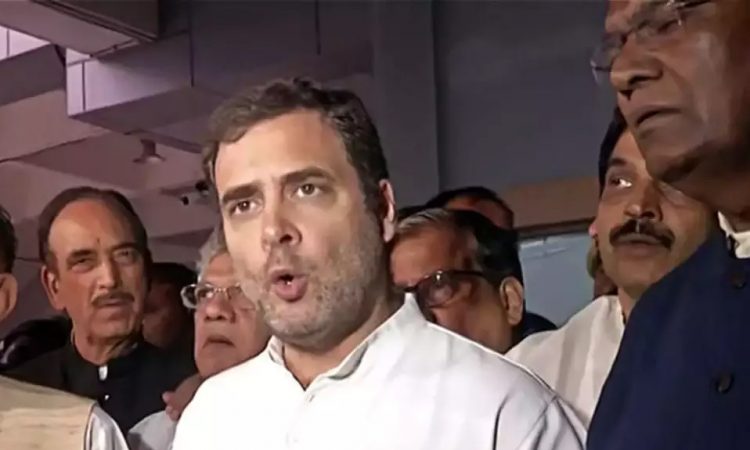 New Delhi, February 20: Amid concerns in the party over leadership issue and calls for elections to the top post, the Congress Thursday said Rahul Gandhi was a clear successor for party president’s post to his mother and incumbent Sonia Gandhi.
Congress sources said Rahul was the only contender in the race for the president’s post because the entire rank and file of the party want him to lead, hinting that elections in that case may not even be necessary.
With differing voices emerging within the party over the leadership issue, a senior Congress leader claimed that Rahul has acceptability across the country and also the capability to lead the party.
There is also speculation that Rahul may be elevated to the top post in the proposed plenary session of the Congress slated sometime in April.
Sources in the party said that the session may be slated after the budget session of Parliament and a major section within the party wants Rahul to be installed as party president again.
Congress leaders Sandeep Dikshit and Shashi Tharoor have made calls for fresh elections for the party’s top post to infuse fresh vigour in the party.
Asked about the remarks made by these leaders, Congress chief spokesperson Randeep Surjewala said the Congress working committee has decided on the Congress president.
“If anyone has any doubts about this, he should kindly read the resolution of the CWC before giving any statements in public and they will gain some knowledge,” he told reporters when asked about Tharoor.
On Dikshit’s statement, Surjewala said though he has not read it but if Dikshit and leaders like him work hard in their own parliamentary constituencies the Congress will surely emerge victorious.
“I have not seen Dikshit’s remarks, but one must realise when the leaders contest themselves they should understand why they lost elections and how much votes they got.
“Instead of giving statements on social media and interviews in the media, if Sandeep Dikshit works hard in his own constituency and politically encash the work initiated during Sheila Dikshit’s rule, the Congress will emerge victorious. It is my appeal to every leader like Dikshit that instead of giving knowledge to the entire country, they should first show the benefits of their own work done in their constituencies,” he said.
While Dikshit has demanded that there should be fresh elections to the top post in the Congress respecting Rahul’s decision of resigning and not having a Gandhi as the next Congress president, his remarks has been supported by Tharoor.
“What Sandeep Dikshit said openly is what dozens of party leaders from across the country are saying privately, including many with responsible positions in the party. I renew my appeal to CWC to hold leadership elections to energise workers and inspire voters,” he said. (PTI)