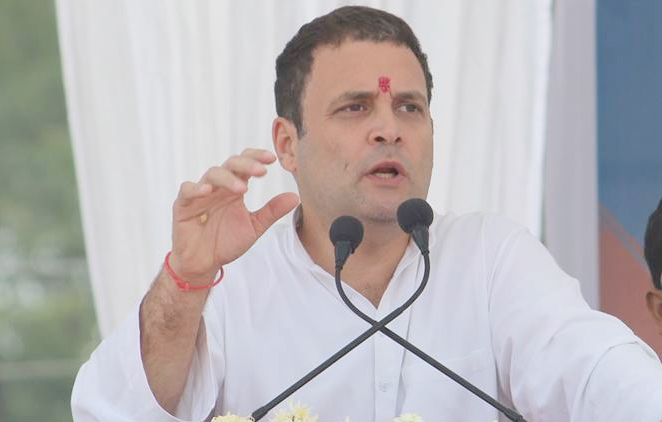 New Delhi, May 24: Severely mauled for a second time in consecutive Lok Sabha elections, the Congress Working Committee (CWC) will be meeting in New Delhi on Saturday to take stock of the situation as party president Rahul Gandhi is likely to offer his resignation accepting moral responsibility for the debacle.
Though there was no official word on the agenda for the meeting, sources said Gandhi’s offer may not be accepted and the party may reaffirm its faith to work under his leadership.
Gandhi apparently wants to send a signal that he was also accountable for the party’s performance which was not any better than the 2014 results. In the last elections, the Congress won 44 seats, the lowest-score in its history, and improved its tally marginally by 8 to reach 52 in the current elections.
The CWC is expected to discuss the reasons for the party’s debacle, especially in states like Madhya Pradesh, Rajasthan and Chhattisgarh where it had won the Assembly elections only five months ago and in Karnataka where the the BJP nearly swept the elections winning 25 of the 28 seats. In one seat, the candidate backed by the party won the election.
Sources said a decision to go into the defeat probably by setting up a committee like the A K Antony in a similar situation in the past also cannot be ruled out, the sources said.
Meanwhile, presidents of the party units in states like Karnataka, Uttar Pradesh and Odisha have offered to resign from their post accepting responsibility for the poor showing of the party in the just-concluded elections. (ANI)