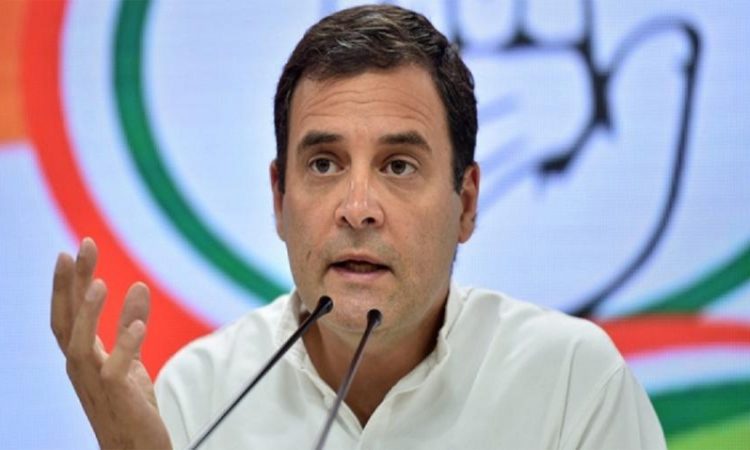 New Delhi, July 2: In a swipe at the government, Congress leader Rahul Gandhi said on Friday that July has come but vaccines have not, drawing a sharp retort from the BJP which cited figures to ask if spreading “confusion” is the opposition party’s undeclared policy.
“July has come, vaccines have not. Where are vaccines,” Gandhi tweeted.
Hitting back, Union Health Minister Harsh Vardhan noted that he had on Thursday put out facts on vaccine availability for this month, and said there is no vaccine for the “virus of ignorance”.

“Just yesterday, I put out facts on vaccine availability for the month of July. What is Rahul Gandhi ji’s problem? Does he not read? Does he not understand? There is no vaccine for the virus of arrogance and ignorance!! INC India must think of a leadership overhaul!” the senior BJP leader tweeted.
The BJP also held a press conference to hit out at Gandhi and claimed that people often ask why maturity, wisdom and responsibility have not come to the Congress leader “despite the passage of 51 Julys”, a reference to his age.
The Congress hit back with its spokesperson Supriya Shrinate saying ministers in the Narendra Modi government have forgotten their work of handling their departments and are instead acting as “petty, two-rupee trolls”.
She said that with an imminent cabinet expansion round the corner, “most of these ministers perhaps are way too scared about losing their portfolios, so the best thing to do is join the overarching portfolio of the troll ministry”.
“The ministers perhaps don’t remember that there are departments that they need to cater to. They have a certain amount of work to do… Some of their most respected ministers sound like petty two-rupee trolls,” she said.
Shrinate alleged that during the pandemic, the government has bungled up completely on vaccination and are questioning those who are raising valid concerns. She also asked the ministers to go to the field to see the shortage of vaccines instead of sitting in air-conditioned rooms.
At the press conference, BJP spokesperson Gaurav Bhatia said 41.60 lakh Covid vaccine doses were administered on July 1 while a total of 6.85 crore jabs have been given between June 21 and July 1 with an average daily dose of over 62 lakh.
These statistics tell a different story and show that the government has been working at a “war footing” to give vaccines to people, he said, adding that the pace of vaccination will gather more speed in the coming days.
Is there any country with a better average in the last 11 days, he asked, adding that India by administering over 34 crore doses has surpassed countries like the US and Canada.
The central government has begun providing free vaccines to all adults since June 21 under revised guidelines.
“While the government under Prime Minister Narendra Modi is giving citizens safety shield in form of vaccines, the Congress and some other opposition parties do not want India to defeat Covid,” Bhatia claimed.
The government is committed to administering jabs to all adults by this year-end, he reiterated.

“You may hate Modi but why hate people… Is spreading confusion the undeclared policy of the Congress,” he said, attacking Gandhi.
Bhatia also hit out at the alleged corruption and irregularities in Covid management in the Congress-ruled states and posed questions to Congress president Sonia Gandhi and Rahul Gandhi about it.
He cited media reports to accuse the Congress government in Rajasthan of buying oxygen concentrators at an exorbitant rate and alleged that many of them were defunct. He claimed that even Congress leaders in Maharashtra have alleged corruption by the coalition government in the state.
To a question related to Uttar Pradesh, Bhatia lauded the Yogi Adityanath-led government in the state and expressed confidence that the BJP will win the assembly polls in the state next year with even a bigger margin than that of 2017. (PTI)