Rahul draws a parallel between Mamata Banerjee and PM Modi 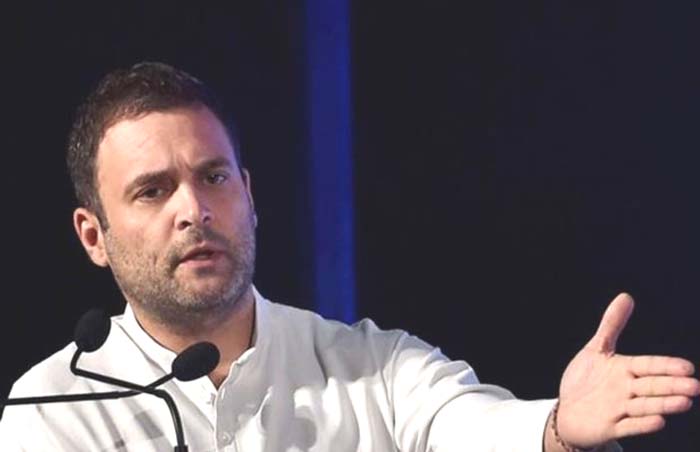 Malda, March 23: Congress president Rahul Gandhi on Saturday drew a parallel between Prime Minister Narendra Modi and West Bengal Chief Minister Mamata Banerjee, who has been critical of the BJP-led government. Gandhi said both run their governments “without consulting anyone”, ignore the voice of the people and make false promises.
“Narendra Modi tells lies in his speeches. Wherever he goes he tells one or the other lie,” Gandhi said at his public rally in Malda. This was his first public rally in West Bengal since April 2016.
After PM Modi, the Congress president targeted the chief minister accusing her of “adopting the same tactics as of the Left Front of the olden days”.
“Bengal is today run by one person. She does not consult with anyone. She does what she wants to do. Does Bengal not have a voice? The Congress workers are beaten up here. You don’t have to get scared. We are going to form government at the Centre and then you will see what we will do,” Gandhi said.
Gandhi and Banerjee have been at the forefront of the opposition’s attack on the Modi government over issues of unemployment, farm distress, demonetisation and alleged malfeasance in Rafale deal. Despite their understanding to present a united front against the BJP-led ruling alliance at the Centre, the two leaders and their parties have taken pot shots at one another at the state level.
Malda, the venue of Gandhi’s public rally, along with Murshidabad has been the traditional stronghold of the Congress. But the party suffered an embarrassment going into the Lok Sabha polls as the sitting MP from Malda North, Mausam Benazir Noor switched sides from the Congress to the ruling TMC.
Gandhi slammed Noor for “betraying” the party ahead of the Lok Sabha polls. He said, “Here you have always voted for the Congress. This time, one person has betrayed you. Remember this, don’t forget that a former Congress candidate has betrayed you.”
“She has betrayed you under pressure and after getting scared. Remind her that one can’t work through betrayal in Bengal,” Gandhi told the Malda voters. Noor has been nominated from Malda North by the TMC in the Lok Sabha polls.
The Congress has not done quite well in the past several elections in Bengal. The last Congress government in Bengal was formed during 1972-77 under Siddharatha Shankar Ray, a confidante of former Prime Minister Indira Gandhi, the grandmother of Rahul Gandhi.
In recent years, the emergence of the TMC has pushed the Congress to margins in Bengal. In 2009 Lok Sabha elections, the Congress won only six of 42 seats with 13.45 per cent votes in the state. The figures dropped to four seats with 9.69 per cent votes in 2014 parliamentary polls.
Similarly in 2011 assembly polls, the Congress secured 42 of 296 seats in Bengal state legislature with little over nine per cent votes. In 2016 state polls, the Congress increased its vote share to 12.25 per cent but could win only 44 seats in the assembly.
At his rally, Gandhi appealed to the party workers to work with the aim of forming the next government in Bengal. (Courtesy: HT)