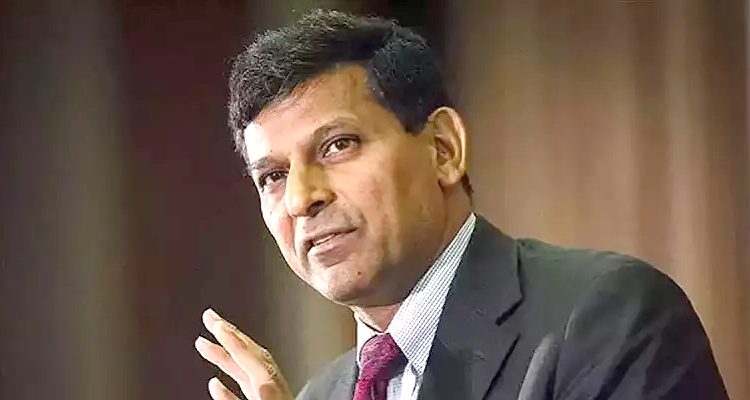 CHICAGO, MAY 4: India’s overwhelming surge of Coronavirus infections has revealed complacency after last year’s first wave, as well as a “lack of foresight, a lack of leadership,” according to Raghuram Rajan, former Governor of the country’s central bank.

“If you were careful, if you were cautious, you had to recognize that it wasn’t done yet,” Rajan said Tuesday in a Bloomberg Television interview with Kathleen Hays. “Anybody paying attention to what was happening in the rest of the world, in Brazil for example, should have recognized the virus does come back and potentially in more virulent forms.”
India is suffering the world’s worst outbreak of COVID-19 cases, with deaths hitting a record Sunday and new cases above 350,000 daily. Pressure is building on Prime Minister Narendra Modi to impose strict lockdowns to stem its spread, a move his Government has so far avoided after the economic devastation last year from a similar strategy.
After a drop in cases last year, “there was a sense that we had endured the worst the virus could give us and we had come through and it was time to open up, and that complacency hurt us,” said Rajan, a former International Monetary Fund Chief Economist and now a Professor of Finance at University of Chicago.
India’s relative success against the first wave of infections also likely led to it not swiftly preparing enough vaccines for its own population, he said. “Some of that may be the sense that we had time. That since we had dealt with the virus we could roll out the vaccination slowly,” he said, adding that the Government is now “getting its act together” and in “emergency mode.”
Rajan, appointed by the previous Government in 2013 to lead Reserve Bank of India, became an outspoken critic of Modi’s administration after it took office during his tenure, spotlighting growing intolerance within the country as well as differing on the issue of RBI dividends and interest rates. Hindu nationalists, which form a large base of Modi’s support, questioned his allegiance to India and accused him of keeping interest rates too high.
The RBI has been “as accommodative as possible” to support the economy in the face of stubborn inflationary pressures. As doubts build over the Indian economy’s performance going forward, the RBI’s “fairly large” foreign exchange reserves can offer “a measure of comfort for foreign investors.”
Meanwhile in the US, a massive fiscal stimulus programme and economic recovery may force the Federal Reserve to “rethink” its policies of staying on hold for the foreseeable future and waiting for a sustained rise inflation above its 2% target.
In that event, “a financial market which has been thinking that the Fed is not going to act in the near future is likely to be somewhat surprised at the first signs that that will happen.”
While helming the RBI, Rajan had been critical of massive quantitative easing programmes, particularly by the Fed, and warned that a lack of international coordination amid possible tightening would lead to market volatility, similar to the “Taper Tantrum” in 2013.

At the moment, he said Tuesday, “it seems as if the Fed has somewhat been overtaken by events.” (Bloomberg)