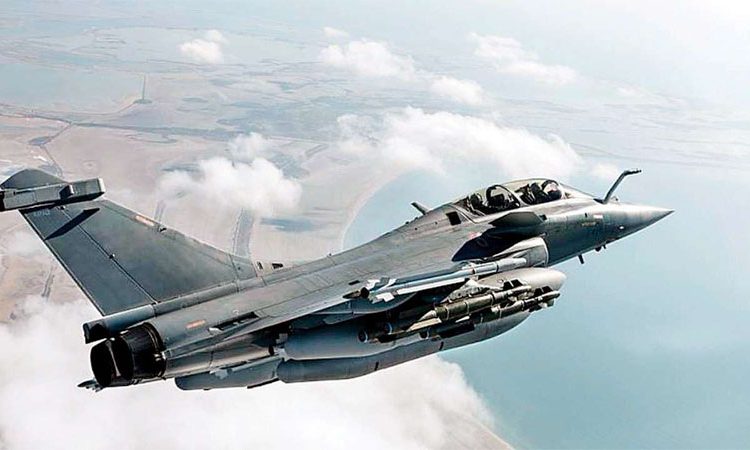 New Delhi, February 13: The French made 36 Rafale fighters bought by the Modi-led NDA government are “2.86 percent cheaper” than the price negotiated by the Manmohan Singh-led UPA government, the Comptroller and Auditor General of India (CAG) has said in its report tabled in Parliament today.
The report, however, said that Dassault Aviation – the manufacturer of the fighters – had benefited because it did not have to pay for a bank guarantee in the current deal compared to the 2007 UPA-era deal.
“Therefore, these savings to the vendor would have to be factored in. The total savings… accruing to the vendor (Dassault Aviation) by not having to pay these bank charges should have been passed on to the ministry,” the report by the government’s top auditor said.
The CAG report has become the latest point of confrontation between the government and the opposition over the Rafale deal, with the Congress alleging a “conflict of interest”. The party had said Rajiv Mehrishi, the current CAG of India, was part of the decision making process for the Rafale deal. Mehrishi was the finance secretary when the Rafale deal was signed.
Senior BJP leader Arun Jaitley was the first to react to the CAG report, asserting that the audit report had exposed the lies of the Congress and the grand alliance that opposition parties are trying to stitch.
The audit report compared the 2007 and 2015 purchase agreement – using the price of 18 fighters that were to be bought in a flyaway condition in the 2007 deal.
The CAG report concluded that the current deal is cheaper on three counts and costlier on four counts. “Therefore, on the whole, the contact of 2016 can be said to have been concluded at 2.86 percent less than the price previous offer”
The report, however, stressed that there is no difference in the price of the base aircraft negotiated by previous government and Modi government.
India Specific Enhancements – like helmeted mounted displays, better radars etc – negotiated by the Modi government, however, are 17% cheaper than the previous deal. The cost of engineering support and the price paid for keeping the fleet air – Performance Based Logistic (PBL) – was, however, 6% higher.
Congress president Rahul Gandhi hasn’t reacted to the report yet. But hours before the report was tabled, Rahul Gandhi cited a media report to fire a fresh salvo at Prime Minister Narendra Modi over Rafale deal.
Gandhi said that PM Modi had “defended his personal Rafale bypass deal” with arguments that the new price for the fighter jets is lower than the one proposed during the Congress-led UPA regime and that the delivery will be faster.
Citing a media report, Gandhi said both arguments have been “demolished”. In teaser post on Twitter, he wrote, “The PM defended his personal RAFALE bypass deal on 2 counts: 1. Better Price, 2. Faster Delivery. Both have been demolished by the revelations in the Hindu today.”
A report published by The Hindu, claimed that the Rafale deal negotiated by the Modi government was not on “better terms” than the one being discussed during the UPA rule. The report cites “conclusion” arrived at by three of the seven-member Indian Negotiating Team (INT) that to counter the government’s claim on better pricing and faster delivery of Rafale jets.
The ruling BJP, in turn, accused the Congress of attacking the institution of the CAG. Congress president Rahul Gandhi has defended his party’s stand.
“We are not questioning the institution. But the gentleman who is preparing CAG report was part of this decision-making process,” Rahul Gandhi had said at an recent press conference.
Bahujan Samaj Party chief Mayawati said the report was not ‘fully correct’. “The much awaited CAG report on Rafale tabled in Rajya Sabha is neither complete nor fully correct in the eyes of public. Why constitutional bodies are under stress, and not able to work with full honesty in the BJP government. Country is worried,” she tweeted. (Courtesy: HT)