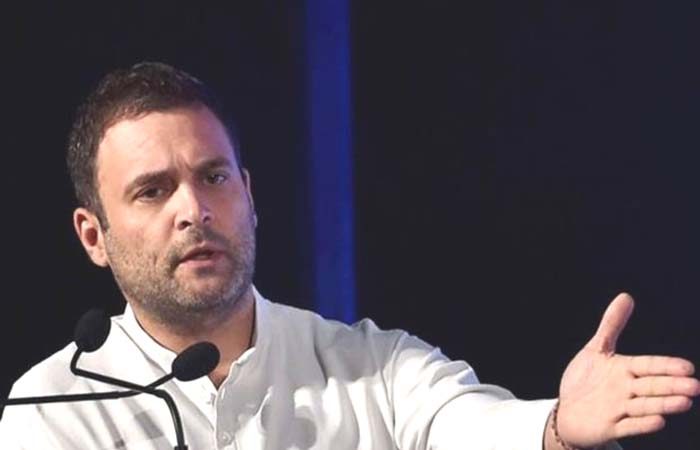 New Delhi, October 13: Congress leader Rahul Gandhi, who is back on campaign trail for the assembly election in Maharashtra, targeted the BJP over the Rafale jet deal, claiming there was “guilt” in the minds of party leaders for “mistakes” it made in the deal. He explained Defence Minister Rajnath Singh’s visit to France to receive the first Rafale fighter jet as an example of that “guilt”.
“It seems the Rafale deal is still hurting the BJP…(If not) Why Rajnath Singh went to France to receive the first fighter jet?” he asked while addressing a poll rally in Chandivali assembly constituency in Mumbai, his second in the day.
In Chandivali, sitting Congress MLA Naseem Khan is seeking another term against Shiv Sena’s Dileep Lande.
In the run-up to the 2019 Lok Sabha elections, Gandhi had alleged “irregularities” in the Rafale deal under Prime Minister Narendra Modi.
“There has been some guilt in the minds of BJP leaders that they have made a mistake in the Rafale deal. Even Defence officials had claimed that PM Narendra Modi is interfering in the Rafale fighter jet deal. No one can run away from this truth, neither Narendra Modi, nor Amit Shah or the BJP. The truth will catch them one day,” he said.
He said everyone knows that the Rafale deal was controversial and “some kickbacks were given”.
“The deal still hurts (the BJP) and hence our defence minister went to France to collect the first fighter plane. So far, no one ever had gone to the supplying nation to collect the fighter plane like this,” Gandhi said.
Earlier this week, Rajnath Singh received the first Rafale fighter jet from France on behalf of the Indian Air Force (IAF).
Singh, who attended the handover ceremony of the first Rafale fighter jet at aircraft maker Dassault Aviation facility in Merignac, southwestern France, called it as “historic” moment and said that it would boost strategic ties between India and France.
Gandhi also accused the BJP of “dividing and looting” the country like the British did in pre-Independence period.
The “BJP is dividing and looting India like the British did in pre-Independence period. Wherever BJP leaders go these days they cause division and unrest,” he alleged.
Accusing the BJP of “favouring” certain corporate houses, Gandhi said it has become apparent that they also are looting the country.
“There was a time when the US president was saying that Indian economy can compete with the US economy. Nobody now says it,” Gandhi said. (PTI)