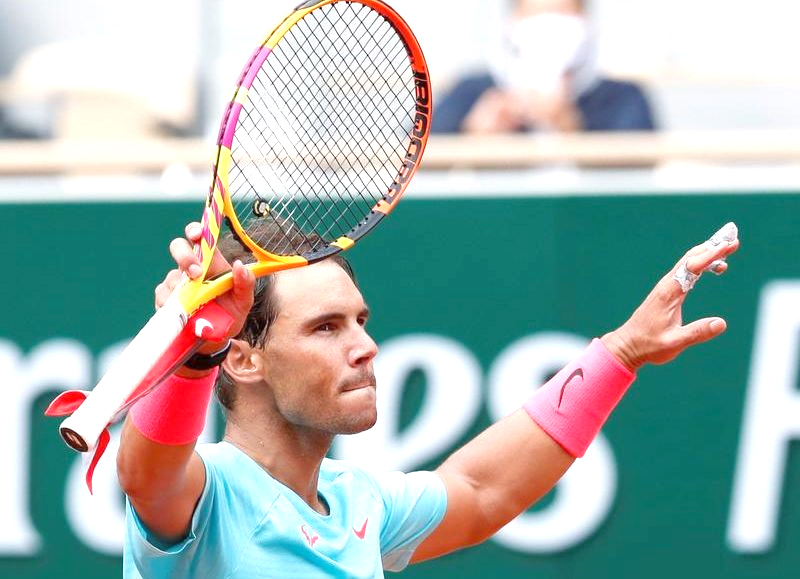 PARIS, September 30: Rafael Nadal continued his quest for a record-extending 13th French Open title with a 6-1, 6-0, 6-3 crushing of American Mackenzie McDonald to advance into the third round on Wednesday.
The Spanish second seed, also looking to equal Roger Federer’s men’s record of 20 singles Grand Slam titles, was never bothered on court Philippe Chatrier.
The claycourt master played deep, used his forehand to devastating effect to set up a meeting with Japanese Kei Nishikori or Italian Stefano Travaglia.
After world number 236 McDonald won the second game, Nadal bagged 11 games in a row to move two sets up and despite some resistance from his opponent early in the third set, he had no trouble improving winloss record at Roland Garros to 95-2.
“My objective is to play as well as I can. It was a good match for me today.
I’m very happy,” said Nadal.
“Then it’s another difficult match. We’ll see, I hope I’ll be at a good level. It’s always special for me to play here in Paris, on court Philippe Chatrier.” (Reuters)