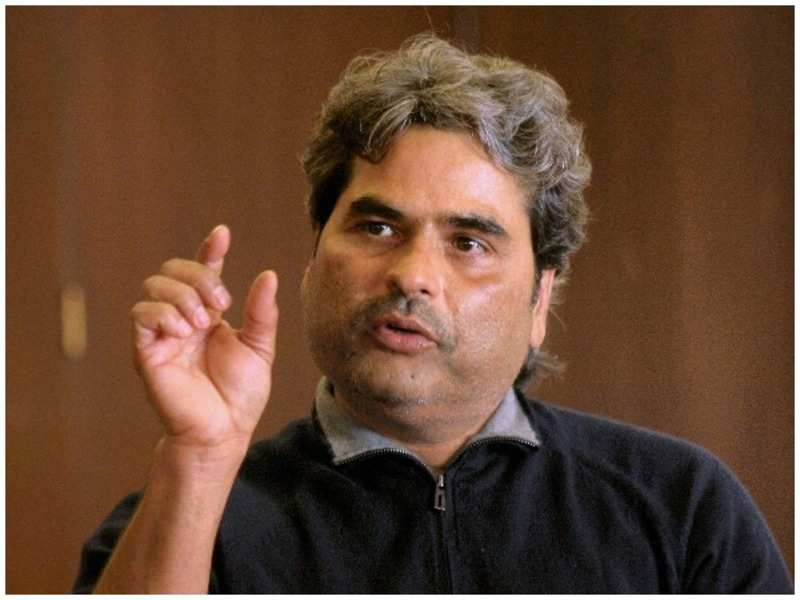 Vishal Bhardwaj is credited with bringing the Indian versions of William Shakespeare’s tragedies — “Macbeth”, “Othello” and “Hamlet” — to screen, and the filmmaker believes Rabindranath Tagore’s writings and Satyajit Ray’s cinema mirrored the Bard’s work.
In the session titled ‘Masala Shakespeare’ at Tata Literature Live! The Mumbai LitFest, Bhardwaj was in conversation with Delhi-based scholar, teacher Jonathan Gil Harris and the discussion was chaired by Kaveree Bamzai.
“For me, Tagore has had all the qualities of Shakespeare- be it music, be it poetry and the kind of stuff Shakespeare has written. Even Ray to some extent showcases the same qualities. It is great that cinema has evolved over the years where we were a sexually suppressed society and roses were shown on screen instead of a kiss,” Bhardwaj said on Saturday.
Talking about Shakespeare’s influence on his filmography, the filmmaker said today cinema was losing the “element of political incorrectness”.
“I believe Shakespeare has been politically incorrect where he has made fun of Jews in one of the plays although he didn’t know that this issue would be so politically charged up in the future at that point of time. In recent times, we are losing that element of political incorrectness in cinema.
“Although, we may have been politically incorrect after 75 years of Independence. For instance, in his writings, Tulsidas has compared women with animals which is again politically incorrect,” he added.
Bhardwaj’s last Shakespearean adaptation was “Haider” (Hamlet). The director said he decided to set the film in the Kashmir Valley, as he was disappointed with the way Hindi cinema treated the region.
“When I was planning to make ‘Haider’ and working on the script, I was very disappointed with Bollywood films which have been based on Kashmir. Before the filming of ‘Haider’, I had always seen Kashmir from the outside through a journalist’s reports or through stories of people, who have lost their family members,” he said.
The director added that Basharat Peer’s book “Curfewed Night” inspired him to take on the project. Peer was the co-writer on the film along with Bhardwaj.
“…That’s why I decided to adapt ‘Hamlet’ because I believe Kashmir itself is looking for its existence.”
The filmmaker said now that the trilogy of Shakespearean tragedies was complete, he wants to explore the comedies written by the playwright.
“‘Twelfth Knight’ is a great structure wherein a woman is falling in love with a woman thinking of her as a man. There is something about the script which is over the top, there are so many songs written which are very new with a lot of depth.
“So I believe it’s a very tight plot. I wish I could shift the plot to same-sex relationship but then the comedy was lost.