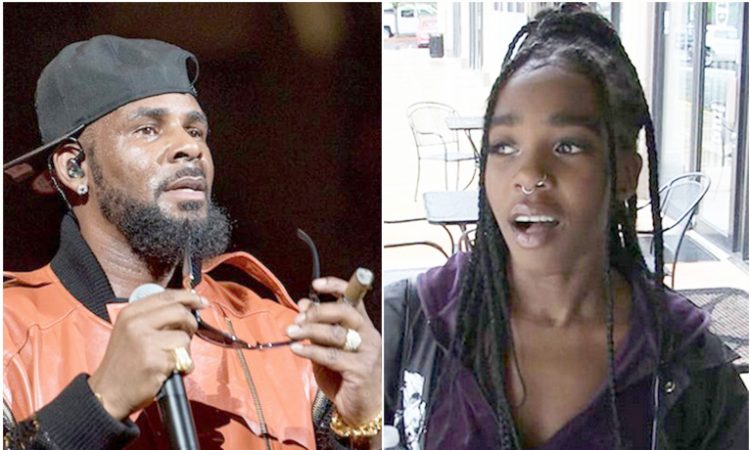 The estranged daughter of controversial R&B singer R Kelly has called him a “monster”, following the release of a documentary that detailed the multiple allegations of sexual misconduct against him.
Buku Abi (given name Joann Kelly) who is one of Kelly’s three children with ex-wife Andrea, has not seen or spoken to her father in years. Her mother married Kelly in 1997 and divorced in 2009, following a child pornography trial against him in which he was found not guilty on all charges.
The 20 year old, who lives in Miami, posted a story on Instagram to her 23,000 followers where she denounced Kelly, apparently after she began to be inundated with questions about him.
He is currently facing a criminal investigation over allegations made in Surviving R Kelly of physical, sexual and emotional abuse against multiple women over more than 20 years. Kelly denies all of the allegations.
“The same monster you all confronting me about is my father,” Abi wrote. “I am well aware of who and what he is. I grew up in that house. My choice is not to speak on him and what he does for my peace of mind. My emotional state. And for MY healing. I have to do and move in a manner that is best for me.
”My mother, siblings and I would never condone, support or be a part of anything negative he has done or continues to do in his life. Going through all I have gone through in my life, I would never want anyone to feel the pain I have felt.”
She added that she is “devastated“ and said: ”I pray for all the families and women who have been affected by my father’s actions.”
Since Lifetime’s documentary aired in the US, a number of high profile figures in the music industry have spoken out against Kelly.
Lady Gaga apologised yesterday (10 January) for working with him on the song ”Do What U Want (With My Body)“ in 2013.
In a statement on Twitter, Gaga wrote: “I stand behind these women 1000%, believe them, know they are suffering and in pain, and feel strongly that their voices should be heard and taken seriously.
“What I am hearing about the allegations against R Kelly is absolutely horrifying and indefensible. As a victim of sexual assault myself, I made both the song and video at a dark time in my life, my intention was to create something extremely defiant and provocative because I was angry and still hadn’t processed the trauma that had occurred in my own life.”