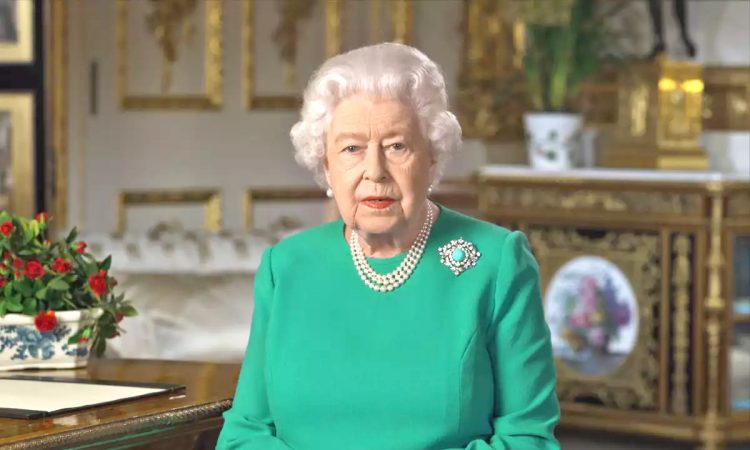 The 95-year-old monarch was photographed while conducted virtual “audiences” with the ambassadors of Latvia and Ivory Coast, who were at Buckingham Palace in London while she was at Windsor Castle in Berkshire, south-east England.
These formal audiences involve the presentation of credentials before new diplomats take over official duties as ambassador.
Ivita Burmistre, the ambassador from Latvia, presented her Letters of Credence to the Queen, as did Sara Affoue Amani, the Ivory Coast ambassador.
The photographs showed the Queen dressed in a pale blue floral dress and no longer wearing black, after two weeks of royal court mourning ended last Friday.
While in mourning, the Queen has continued to carry out duties including four days after Prince Philip’s death on April 9 during an audience and investiture with Earl Peel, who was relinquishing his role as Lord Chamberlain, and a day later she welcomed her new Lord Chamberlain, Baron Andrew Parker.
But her latest virtual engagement is the first formal resumption of duties since the late Duke of Edinburgh’s royal ceremonial funeral at St. George’s Chapel in Windsor Castle on April 17.
To mark her 95th birthday on April 21 she released a message thanking well-wishers for their support and tributes to her husband of 73 years as she reflected on a “period of great sadness”.
“We have been deeply touched and continue to be reminded that Philip had such an extraordinary impact on countless people throughout his life,” she said, on behalf of the royal family.

Prince Philip, the Duke of Edinburgh, who died aged 99 was laid to rest in a Covid-compliant ceremony, with only 30 guests and social distance measures in place. (PTI)