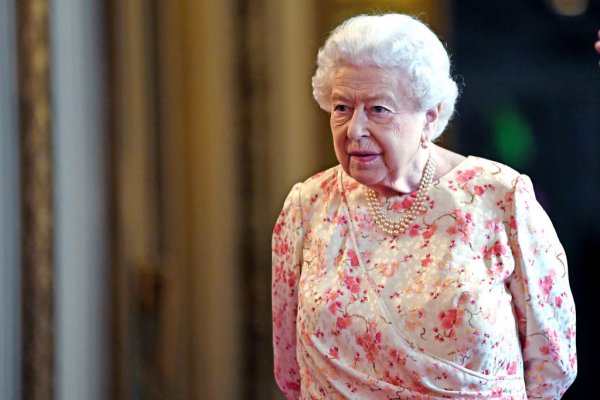 LONDON, ENGLAND - JULY 17: Queen Elizabeth II as she views the exhibition to mark the 200th anniversary of the birth of Queen Victoria for the Summer Opening of Buckingham Palace on July 17, 2019 in London, England. (Photo by Victoria Jones - WPA Pool/Getty Images)

London, July 20: Queen Elizabeth II, who has been isolating during the coronavirus pandemic lockdown at Windsor Castle in south-east England, is planning to head off to her palace in Scotland for her annual summer holiday, according to a UK media report.
The 94-year-old monarch and husband, 99-year-old Prince Philip, will head to Balmoral Castle next month, with many members of the royal family joining in a socially-distanced traditional summer gathering at the Queen’s 50,000-acre estate in Aberdeenshire.
To minimise risk, the Queen will not host or entertain her guests in the castle. They will stay in properties on the estate and join her for walks, shooting, fishing, horse riding, picnics and barbecues. There will be no family meals inside, The Sunday Times’ reported.
The Queen is said to be determined to make it to Balmoral in early August, a few weeks later than usual, provided that it is considered safe to do so and there are no changes in the government’s travel regulations as the country eases out of lockdown in phases.
According to the report, a so-called Balmoral bubble of household staff will be created around the Queen and Prince Philip, partly made up of some members of the 22-strong Windsor bubble who have been by their sides throughout the lockdown and will move with her to Scotland.
New additions to the Balmoral bubble will include extra chefs, housemaids and support staff already based on the Scottish estate, who are understood to be undergoing COVID-19 detection tests.
Balmoral is a private time and we would not comment on any plans or arrangements, Buckingham Palace said.
The Queen, who left Buckingham Palace in London on March 19 at the peak of the pandemic and has not returned since, did her first face-to-face royal engagement since lockdown last Friday, when she knighted 100-year-old Captain Tom Moore in an outdoor ceremony at Windsor Castle after he raised nearly GBP 33 million for National Health Service (NHS) charities by walking laps around his Bedfordshire garden. (PTI)