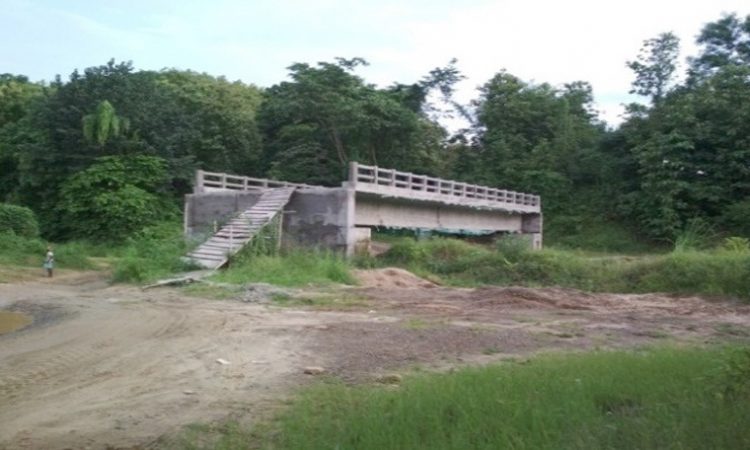 Kohima, February 22: In an astonishing detection by the CAG of India, the Nagaland Public Works Department (Roads & Bridges) has been charged of constructing a bridge without any road connectivity and also incorrect projection of works in Detailed Project Report (DPR).
This was revealed in the report of the Comptroller and Auditor General (CAG) of India on Economic, Revenue and General Sectors of the Government of Nagaland (GoN) for the year ended March 31, 2018, a copy of which was tabled in the just concluded State Assembly by Chief Minister Neiphiu Rio, who also holds finance portfolio.
In the first instance here, National Bank of Agriculture and Rural Development (NABARD) sanctioned a project “Construction of RCC T-beam girder bridge over river Disakapu near Assam Rifles Training Centre (ARTC), Dimapur” at an estimated cost of Rs 4.67 crore during 2011-12.
The work commenced in July 2015 and reported as complete in January 2018 after incurring an expenditure of Rs 4.18 crore, it said.
Examination of DPR and the drawings revealed that abutment points of the bridge from both sides of the road (Dimapur and Jalukie) were aligned according to the gradient of the existing roads.
Nonetheless, joint verification of the project as on July 2018, revealed that the completed bridge was not connected with the existing road from either ends, the CAG said while remarking that the bridge therefore, could not be put to meaningful use for the purpose.
This indicated that the DPR was prepared without conducting proper survey and spot verification which rendered the expenditure of Rs 4.18 crore unfruitful.
The CAG said that the Department while accepting (December 2018) the facts, stated that it was due to the change of the bridge point owing to site problems and the working estimates for the approach road had now been prepared.
The reply was an admission of the facts that the DPR was prepared without ascertaining the actual requirements in contravention of the Rural Infrastructure Development Fund (RIDF) guidelines in respect of preparation of DPRs, it said.
In another case, the CAG report revealed that the DPR for “Upgradation of road from Mhaikam to Jalukie” in Peren district at the cost of Rs 7 Cr for 17 Kms was approved by NABARD in October 2016.
The entire stretch of road was to be covered with prime coat, tack coat, open graded pre-mix carpet and seal coat for Rs 2.43 Cr.
During joint verification of the project as on August 2018, the CAG observed that the actual length of the road was 16.200 Km out of which 4.400 Km of the road from Pimla junction to Mhaikam was already black topped through funds from Special Plan Assistance (SPA).
The implementing agency therefore exaggerated the length of the road by 5.200 Km worth Rs 74.32 lakh to obtain more loan from NABARD, the CAG stated, adding that the Department in reply in December 2018 stated that 4.40 Km length of road taken up under SPA was badly damaged due to the Railway project works.
The reply that the road was badly damaged by the railway project is factually incorrect and not acceptable as the stretch of road (4.40 Km) constructed under SPA was found in good condition during joint verification, the CAG report said. (Page News Service)