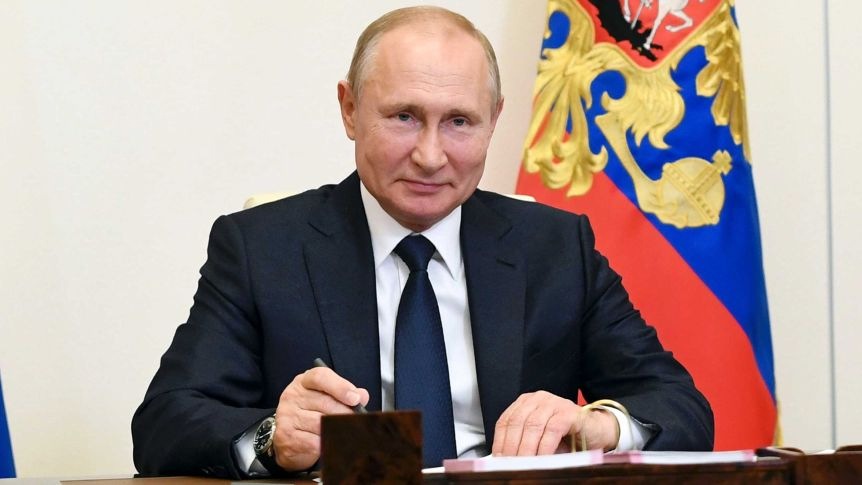 Moscow, August 11: President Vladimir Putin on Tuesday announced that Russia has developed the world’s first vaccine against COVID-19 that works “quite effectively” and forms a “stable immunity” against the deadly disease as he disclosed that one of his daughters has already been vaccinated.
“A vaccine against coronavirus has been registered for the first time in the world this morning,” Putin said during a meeting with members of his government.
“I know that it works quite effectively, it forms a stable immunity,” the official Tass news agency quoted Putin as saying.
Putin’s claim has come amidst concerns raised by experts about the speed of Russia’s work, suggesting that researchers might be cutting corners.
Reacting to Putin’s announcement, US health secretary Alex Azar said the goal of developing a coronavirus vaccine is not to be first, but to have one that is safe and effective.
“The point is not to be first with a vaccine the point is to have a vaccine that is safe and effective for the American people and the people of the world,” Azar said told ABC News.
“We need transparent data, and it’s got to be Phase 3 data that shows that a vaccine is safe and effective,” Azar, currently on a historic visit to Taiwan, said.
Danny Altmann, Professor of Immunology at Imperial College London, told the Science Media Centre there were concerns about releasing a vaccine before it was fully tested.
“The bar is necessarily set very high for criteria that must be satisfied for approval after Phase 3 clinical trials,” CNN quoted Altmann as saying.
Amid fears that safety could have been compromised, the World Health Organization (WHO) urged Russia last week to follow international guidelines for producing a vaccine against COVID-19, the BBC reported.
The Russian vaccine is not among the WHO’s list of six vaccines that have reached phase three clinical trials, which involve more widespread testing in humans, the report noted.
But Putin said that one of his daughters had tested a Russian COVID-19 vaccine on herself and that she is feeling well.
“I know this very well, because one of my daughters got vaccinated, so in this sense, she took part in testing,” Putin said. He did not specify which of his two daughters had received the vaccine.
The vaccine has been named Sputnik-V. The name is a reference to the surprise 1957 launch of the world’s first satellite by the Soviet Union.
The treatment is yet to go through crucial Phase 3 trials where it would be administered to thousands of people.
President Putin noted that after the first vaccine shot, his daughter had a 38 C fever, and on the next day, a fever slightly higher than 37 C.
“And then, after the second shot, she had a slight fever again, and then everything was fine, she is feeling well and has a high [antibody] count,” Putin said.
Russian Health Minister Mikhail Murashko said that clinical trials of the vaccine developed by the Gamaleya National Research Center for Epidemiology and Microbiology of the Russian Healthcare Ministry were over.
Medical workers and teachers will be the first to get the COVID-19 vaccine, he said.
“We will begin the stage-by-stage civilian use of the vaccine. First and foremost, we would like to offer vaccination to those who come into contact with infected persons at work. These are medical workers. And also those who are responsible for children’s health – teachers,” the minister said.
The vaccine has two separately-injected components that together are expected to build a long-term immunity against the virus, the Sputniknews reported.
Clinical trials of the vaccine kicked off on June 18 and included 38 volunteers. All of the participants developed immunity. The first group was discharged on July 15, the second group on July 20.
It will appear in circulation starting on January 1, 2021, the website of the State Register of Pharmaceuticals reported on Tuesday.
“Date of introduction to the civilian circulation – 01.01.2021,” the site noted.
It had been reported that the Gamaleya centre has developed two forms of the vaccine – a liquid and a freeze-dried one.
Health Minister Murashko said that the vaccine against the coronavirus infection will be produced in Russia on two sites.
Russia has received a request for the production of one billion doses of the COVID-19 vaccine from 20 states, head of the Russian Direct Investment Fund (RDIF) Kirill Dmitriev said during an online conference.
“We have received preliminary requests for the purchase of over 1 bln doses of the vaccine from 20 states. We are ready to ensure production of over 500 mln vaccine doses along with our foreign partners in five countries, and we plan to increase our production capacity further,” he said.
According to Dmitriev, several Latin American, Middle Eastern and Asian states have expressed an interest in purchasing the Russian vaccine. Several contracts have been finalised.
He noted that the RDIF had agreed to hold the third stage of clinical trials of the COVID-19 vaccine abroad with the UAE, Saudi Arabia and other states.
According to Johns Hopkins University, the coronavirus has infected more than 20 million people and killed over 737,000 people worldwide. (PTI) 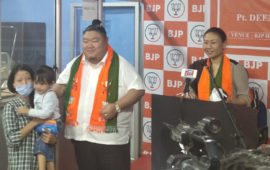 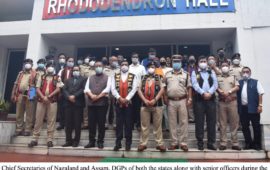 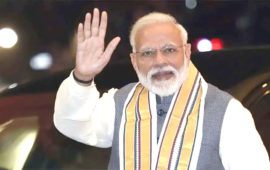