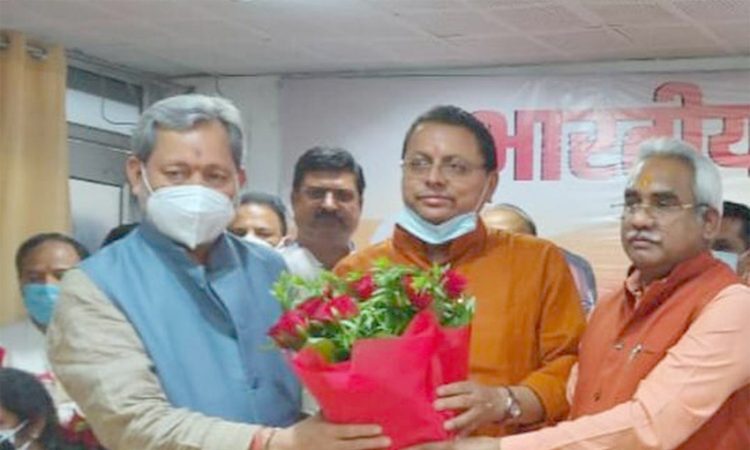 Dehradun, July 3: Pushkar Singh Dhami was on Saturday elected as the leader of the BJP legislature party, paving the way for him to take over as the eleventh Chief Minister of Uttarakhand.
Dhami, who is a two-time MLA from Khatima in Udham Singh Nagar district, replaces Tirath Singh Rawat who resigned on Friday night.
Soon after being elected as the leader of the legislature party, Dhami thanked the party leadership for reposing faith in him and said that he will deal with the challenges lying ahead with everyone’s cooperation.
Dhami’s election was announced by central observer Narendra Singh Tomar.
He is considered to be close to Maharashtra Governor and former Uttarakhand chief minister Bhagat Singh Koshyari. (PTI)