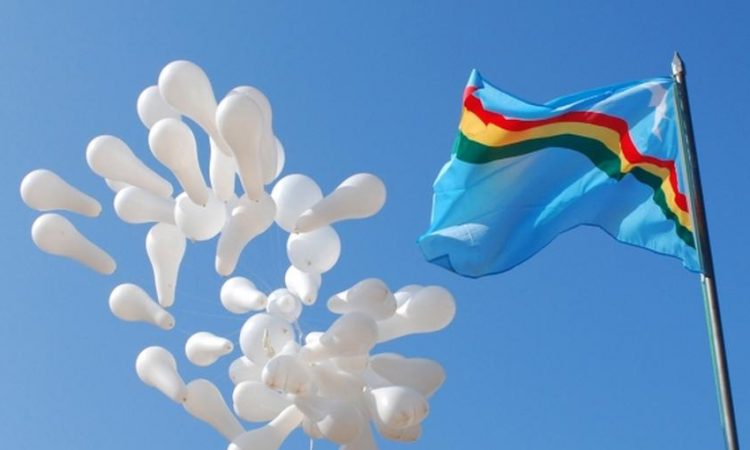 NEW DELHI, OCTOBER 22: The ongoing 23-year-old Naga talks between Naga underground leaders and the Government of India to resolve the issues of the world’s 2nd-oldest running insurgency is deadlocked on two main points ~ a Naga national flag and a separate constitution.
While the Naga leadership is unmoving on these two demands, the Government is equally averse to accede.
With both sides sticking to their respective stands, a middle-of-the-road approach is what the ongoing talks at the ‘informal’ level are looking at to arrive at an acceptable resolution of the longstanding issue.
FLAG AND CONSTITUTION
On the flag issue, there is a possibility of emulating the Puerto Rican flag model. There are already indications that it may be considered although nothing has been finalized.
Situated in the Caribbean, Puerto Rico is a self-governing ‘unincorporated territory’ of the United States and is controlled by the US Government but is not one of the US states. All Puerto Ricans are US citizens by birth and can freely enter the US.
The Puerto Rican flag can only be flown alongside the US flag and has to be always positioned to the left of the US. Both have to be flown at the same height. The Puerto Rican flag can be raised only after the US flag is raised and is to be taken down before the US flag.
A middle-of-the-road approach on the constitution issue can be a separate Naga constitution or ‘Yezhabo’ but recognized and incorporated inside the Indian constitution, while the ‘Yezhabo’ too will recognize the Indian constitution with the idea of “shared sovereignty” being the guiding principle.
CURRENT STATUS
According to sources familiar with the ongoing developments in the Naga talks, hectic talks are regularly taking place in New Delhi but at an “informal” level.
Excluding the chairperson and the general secretary, a very senior NSCN (IM) team is being engaged by top officials of the Intelligence Bureau.
The talks were conducted at two dimensions ~ at the political level and at the ‘competency’ level.
While all issues at the ‘competency’ level which at the core involves demarcation and distribution of powers in the Union, Concurrent and State Lists, have been resolved, it is at the political level that a deadlock has set in.
The Naga flag and the ‘Yezhabo’ issue form the main stumbling block at this level. On Friday, Thuingaleng Muivah, NSCN (IM) general secretary, said in a TV interview that his organization will never compromise on the Naga flag and the Naga constitution. “We have stood our ground on these two non-negotiable issues and we shall continue to stand till the last man standing,” he had said.
After about 7 decades of waging guerrilla warfare against the Indian state and more than 2 decades of negotiations with the Government, the NSCN (IM) is under increasing pressure to show tangible results to the Nagas which at the same time has to be “acceptable” and “honourable”.
(Courtesy: ETV Bharat)