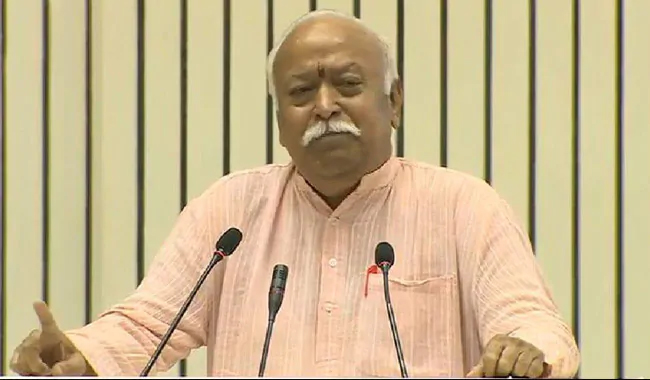 Nagpur, November 25: Rashtriya Swayamsevak Sangh (RSS) chief Mohan Bhagwat on Sunday reiterated his demand that the Narendra Modi government should enact a law for building the Ram temple in Ayodhya as the Supreme Court was not giving priority to the case.
Addressing the “Hunkar Sabha” organised at Nagpur by the Vishwa Hindu Parishad (VHP), alongside with its grand religious congregation in Ayodhya for the Ram temple, Bhagwat also expressed his displeasure at the court’s delay in deciding the case, saying “justice delayed is justice denied.”
“If the apex court, either due to lack of time or due to its inability to understand the sentiments of the public, is failing to give priority to the case, it is up to the government to quickly bring a law for the construction of the temple,” he said. The decision on the temple case should come before the Lok Sabha elections, but it did not, he added.
Claiming Hindus have patiently waited for the court’s decision for the last 30 years, he said that the Ram temple issue is related to the feelings of the country’s majority population. “Everyone feels that the work on the temple should be started. In such a situation, if the court cannot decide, then the government should immediately make the law in view of the sentiments of Hindus,” he said.
He also urged the common people to stand up for the issue and put pressure on the government to bring an ordinance for the purpose.
According to Bhagwat, the evidence found during the Archaeological Survey of India’s excavation from the site proved that a temple was there.
“If not Lord Ram’s, then whose temple will be built there,” the RSS chief asked, adding that everyone knows that the temple was forcibly demolished and a mosque was built up at the site.
Bhagwat had first recommended a pro-temple law during his Vijaya Dashami speech in Nagpur on October 18 this year. Leaders of various parivar outfits, even Union ministers from the Bharatiya Janata Party, immediately joined the RSS chief, raising the pitch further after the apex court in end-October dashed all hope of an early verdict saying the case wasn’t a priority.
The VHP has stepped up efforts in its bid to mount pressure for construction of Ram Temple in Ayodhya and has organised the rally in Nagpur. People connected with it said that the event was organised in view of the “deliberate delay” in building the Ram Mandir. (Courtesy: HT)