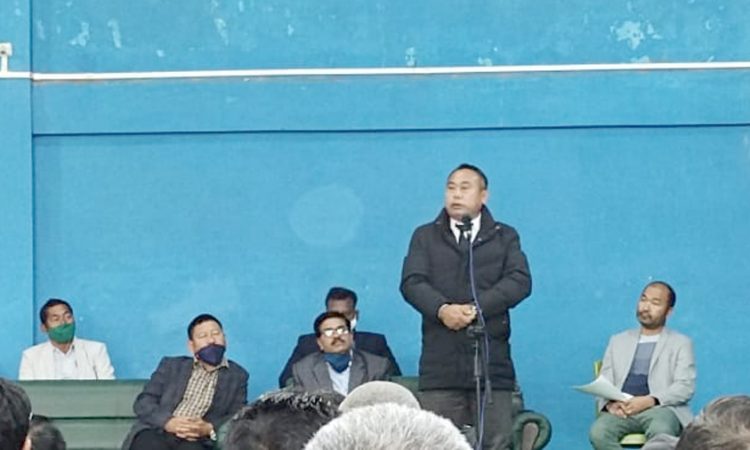 Kohima, February 23: The District Administration Phek today conducted a meeting in regard to the Kohima-Jessami two lane road project at Pfutsero.

The meeting was attended by Minister for Planning and Co-ordination, Land revenue and parliamentary affairs Neiba Kronu, MLA Kezhienyi Khalo, District Administration, NHIDCL, Contractors, Chakhesang Public Organization, Chakhesang Mother’s Association, Chizami range public organization, village councils and public leaders of the district.
Phek Deputy Commissioner Razouvolie Dozo addressed the meeting and he acknowledged the government, minister Neiba Kronu and NHIDCL for bringing the mega two lane project in the district.
He also requested the village leaders and the concerned citizens to co-operate with the district administration, NHIDCL contractors for the smooth functioning of the mega development activities.
Neiba Kronu in his speech request all the stakeholders to give full cooperation for the successful implementation of the project.
He said that Phek district is the most fortunate district with many road projects underway and still many more to come up.
He said the villages through which the present two lane project (Kohima-Jessami) crosses should not be considered as “affected villages” but rather it should be considered as ‘benefitted villages” because with the completion of the project, the public can explore more opportunities.
He also requested the land compensation beneficiaries to utilize their compensation money in a positive way by way of investing for the good of their future.
He also highlighted that some other road projects are coming up soon.
The minister acknowledged the NHIDL for taking up several projects in Nagaland and on the other hand, request them to respect the authorities of the villages when dealing with the village leaders.
The minister also highlighted that the present Kohima-Jessami two lane project is a fast progressing project in the state.
MLA Kezhienyi Khalo shared his concerns on matters related to two-lane project and request both the public and NHIDL to coordinate better. 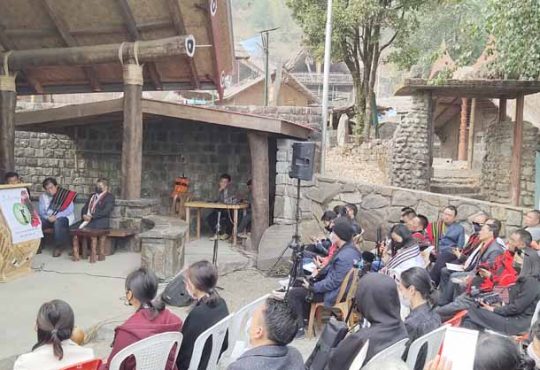