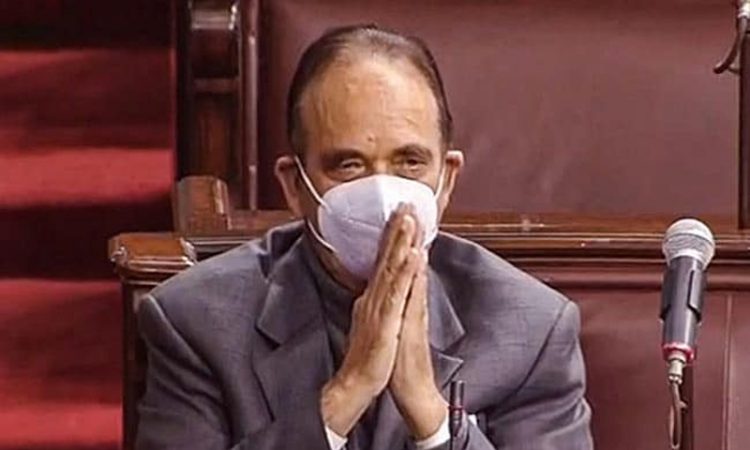 New Delhi, February 9: Congress MP Ghulam Nabi Azad during his retirement speech in Rajya Sabha on Tuesday summed up his more than four-decade-old political career in few Urdu couplets and a brief speech.
“I would like to depart with only a few words using a few couplets. A ten-hour speech can be summed up in merely two couplets by a poet. And I would like to take that approach. To express my thoughts on my entire political career would be a tough task to perform,” Azad said in Rajya Sabha.
Going back to the early days of partition, the senior Congress leader said, “I am among those fortunate people who never went to Pakistan. When I read about circumstances in Pakistan, I feel proud to be a Hindustani Muslim.”
“If any Muslim should feel proud in the world, it should be the Indian Muslim. Over the years, we have seen how Muslims countries from Afghanistan Iraq getting destroyed. There are no Hindus or Christians there — they are fighting amongst themselves,” he added.
Prior to this, Rajya Sabha witnessed emotional scenes as Prime Minister Narendra Modi recalled the contribution of Ghulam Nabi Azad to the country, the House and also his party. (ANI)