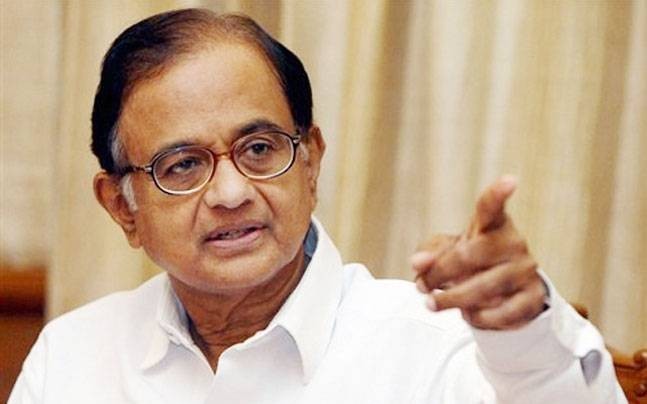 Thiruvananthapuram, December 28: Former Finance Minister and senior Congress leader P Chidambaram on Saturday said that until the Citizenship (Amendment) Act, 2019 is kept in abeyance and government states in Parliament that the National Register of Citizens (NRC) is abandoned, the nationwide agitation will continue. “Rallies are being held all over the country … Until the CAA is kept in abeyance and until the government categorically states in Parliament that NRC is abandoned, this agitation will continue throughout the country,” Chidambaram told media persons here.
Chidambaram said that the “entire game is to divide India into Hindu vs Muslim, and the entire goal is to win an election in Assam and West Bengal, which is due in 2021.” “That is the game. They are playing with fire. They are playing with the future of this country. They are playing with the future of the young generation. This country cannot be divided on religious lines … In Kerala, it’s so visible. There are no differences based on religion. It’s one culture,” he said.
“There is a cultural unity among the Tamil people. There is a cultural unity among the Bihari people. You cannot divide them on the basis of religion. That is what they are trying to do. Which is why we astutely oppose the CAA and the NRC,” he added. Criticising the Central government over the National Population Register (NPR), Chidambaram said, “NPR is there in the law. They say that you started the NPR. Factually wrong. The NPR amendment and the rules were made by the Vajpayee government in 2003. We did the NPR in 2010 to prepare for the Census of 2011. Our NPR form had only 15 fields. Today if they say we are going to follow the same form of NPR 2010 with 15 fields, nobody will be agitated.”
But they have added six fields and today there are 21 fields, added Chidambaram. “They are asking what is your last place of residence? What is your father’s place of birth? What is mother’s place of birth? Give us your driving license number. Give us your mobile number. Give us your voter ID number. Why? NPR is supposed to count the people who are residents … Why do you want to know where his father or mother was born? It is a mischievous agenda,” said Chidambaram.
“The unfortunate part is – I say it’s unfortunate, I am not happy about it – the people of India do not trust the word of the Prime Minister. The people of India do not trust the word of the Home Minister. These are two people whom the people must trust. They don’t trust the Prime Minister. They don’t trust the Home Minister. Which is why anything they say is not acceptable to the people, especially the young generation,” added Chidambaram. (ANI)