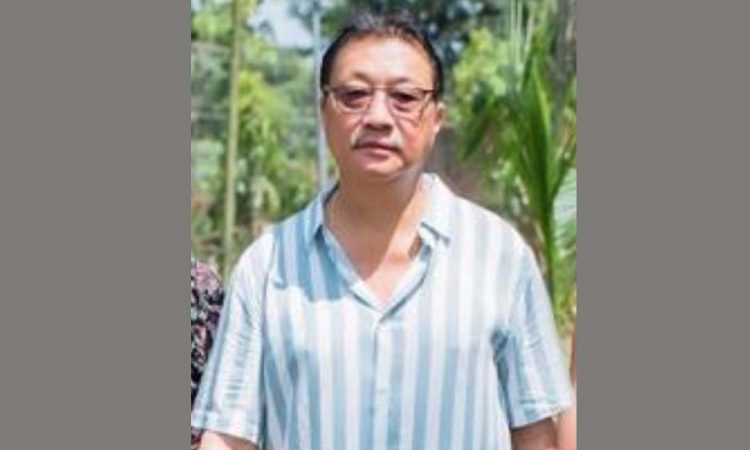 Dimapur, December 18: Prominent citizen of Dimapur and a social worker Kevi Zakiesatuo, son of Zakiesatuo Angami of Khonoma village, was found murdered in mysterious circumstances inside the premises of his residence Tuesday morning.
His body was noticed by his wife at around 11.50 a.m., according to police sources.
Commissioner of Police, Limasunep said that the body was recovered some 15 metres away from his residential office with his hands and legs tied and mouth taped.
He also informed the probable scene of the crime was his office, which was found to be disturbed as if a scuffle had taken place. They were blood stains on the walls, and broken bottles around, he added.
He further stated that Kevi’s head had an injury which was lacerated, suspected to be hit by some blunt object, adding the body was then dragged and dumped outside the office near a nullah.
Immediately after the police was informed about the incident, a police and the forensic team visited the crime spot and conducted an inquest and later sent the body for post mortem, which was conducted at Dimapur District hospital. The reports were awaited till the time of filing this report.
The Commissioner said that the police has formed an Special Investigation Team (SIT) led by DCP (Crime), Relo T Aye, and officers Kaino, Among Jamir and N Likhao Odyuo to conduct the investigation.
He appealed to the deceased’s family and the general public to have faith and trust in Dimapur police, which would leave no stone unturned to solve the case. “We do not rule out any possibilities and are making all efforts to deliver justice,” he said.
It may be mentioned that Kevi Zakiesatuo was a prominent politician and had been a member of erstwhile Dimapur Town Committee twice. He also served as the General Secretary of Nagaland Pradesh Congress Committee (NPCC) and as member of All India Congress Committee (AICC). At present he was the Chairman of Ward 2 Council under Dimapur-I Assembly Constituency.
Late Kevi is survived by his wife, 3 daughters and a son.
Meanwhile, the funeral services will be held at his residence at Zakiesato Colony on December 19 at 2.30 p.m.
(Page News Service)