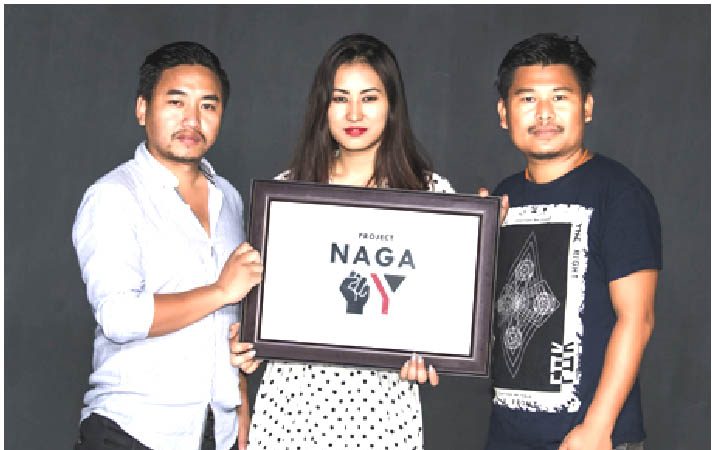 A photography centered creative initiative called ‘Project Nagafy’ that hopes to document and encapsulate the rapid integration of cultures and project Nagaland’s contemporary culture through mediums that are easily accessible to anyone is happening in Nagaland and the first phase of it, which is a calendar project, will be unveiled in the Month of November this year.
‘Project Nagafy’ is a non-profit initiative of three Naga urban youth – Abeto Shohe (photographer), Kaheli Chophy (model and entrepreneur), and Betoka Swu (photographer).
The group believes that while the Naga traditional and cultural practices are of utmost importance, there is a need to acknowledge that contemporary culture is also of symbolic value in the sociopolitical growth of our state.
Talking more about the project with the media fraternity here at Hiyo Café, Bank Colony, Dimapur, Betoka said that the project seeks to photographically represent the ingenuity of Nagas in creative fields like music, art, dance and other forms of creative expression and also identify Naga entrepreneurs who have excelled in their fields.
Abeto added that Nagafy will work towards identifying Nagas who have made significant contributions in artistic, economic or sociopolitical growth of the Naga community. Based on this, a certain percentage of proceeds from the project will be used to set up a yearly award for such community builders.
The award is being conceptualized to support and promote sustainable social entrepreneurship by focusing on people who work behind the scenes and go the extra mile to make a difference in the community. The awards will be based on nominations and nominees will go through a public voting process.
Kaheli mentioned that for the upcoming calendar project, Naga models and designers will be featured.
Though the initial project will be featuring Naga designers and models, in the subsequent projects, the group plans to reach out to other spaces and bring out local stories and heroes in the forefront through photography besides the scenic beauty of the state.
The Nagafy project is funded by like-minded entrepreneurs and investors with interests in social responsibility. In addition, the group will be launching a public donation campaign via gofundme.com the details of which will be given out at a later date.