Progressive rise in funds for NE since 2014: DoNER Minister 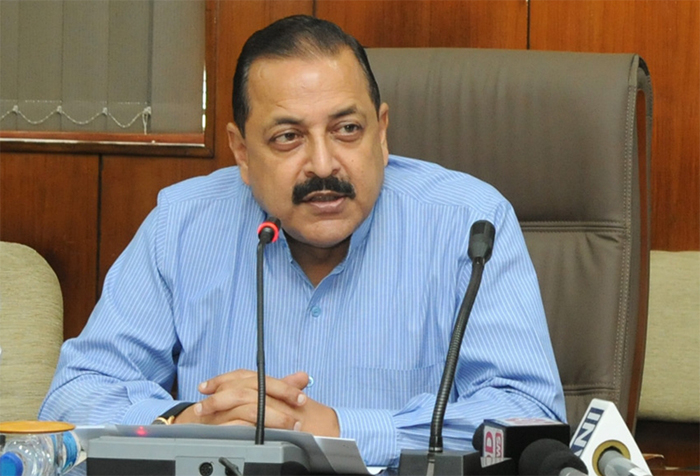 New Delhi, February 3: he Minister of State for Development of North Eastern Region (I/c), Dr Jitendra Singh today said that the hallmark of Union Budget 2020-21 is the highest priority it accorded to the overall development of North Eastern Region keeping in tune with the vision and declaration of Prime Minister Narendra Modi since he came to power in 2014. He said that there is a constant and progressive rise in funds for the development of the North-Eastern Region since 2014.
Dr Singh said that in the case of the Ministry of DoNER, the budgetary allocation for 2020-21 is Rs. 3049 cr as against Rs 2670 cr in the RE 2019-20 (increase of 14.2%). Out of this, the provisionfor the development of infrastructure is around Rs 2900 cr. Compared to AE 2014-15 of Rs 1719 cr, the budget allocation of the Ministry of DoNER in 2020-21 is higher by 77.26%. In case of schemes being implemented by the North Eastern Council (NEC), the current year’s budgetary allocation is Rs 1474 cr, an increase of 19.23 % over RE 2019-20 allocation of Rs1237 cr.
He said, besides policy of 10% Gross Budgetary Support (GBS) to North Eastern Region, the gross budgetary support to 54 non-exempt Ministries increased by 12.62% in BE 2020-21 at Rs 60112 cr over RE 2019-20 at Rs 53375 cr. The Minister highlighted that in 2014-15, actual expenditure on 10% GBS – Rs 23819 Cr. In 2020-21, BE Rs 60112 cr, thus an increase of 142% over the period.
Moreover, the Ministries with an allocation of more than Rs 1000 cr for NER, include Ministry of Agriculture & Farmer’s Welfare (Rs 13380.98 cr), Department of Telecommunication (Rs 1332 cr), Department of Health & Family Welfare (Rs 5000 cr), Department of School Education & Literacy (Rs 4705.66 cr), Department of Higher Education (Rs 2721.30 cr), Department of Drinking Water & Sanitation (Rs 2149.40 cr), Ministry of Labour & Employment (Rs 1137.16 cr), Ministry of Power (Rs 2067.50 cr), Ministry of Road Transport & Highways (Rs 6780 cr), Department of Rural Development (Rs 5608.35 cr) and Ministry of Women & Child Development (Rs 2972 cr).
Dr Jitendra Singh also informed that the Budget for North East Council just doubled from Rs 700 crore to Rs 1474 crore in the last five years. He said Union Cabinet on 28th January 2020 accorded its approval for allocating 30% of NEC’s allocation for new projects under the existing “Schemes of North Eastern Council” for focused development of deprived areas; deprived/neglected sections of society and emerging priority sectors in the North Eastern States. The balance allocation shall be bifurcated in the existing two components (State component-60% and Central component-40%). He said this would not only lead to the balanced socio-economic development of North East and reduce inter-region and inter-tribes/community disparities but would also lead to preservation of cultural diversity of North East and save the scripts/languages which are gradually becoming extinct. The development of sustainable agriculture practices like organic farming in place of Jhum Cultivation would lead to Green North East.
(Agencies)

COVID-19: No entry of para-military forces into Nagaland till September

NH was never meant to be mouthpiece for one org: WC NNPGs

Coronavirus Anchor: DoH&FW: It never had a plot