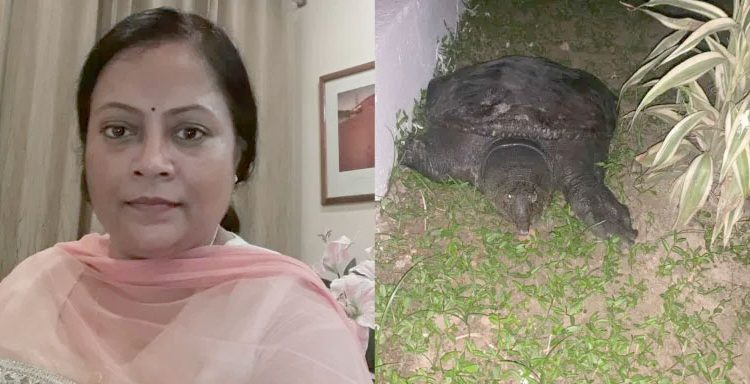 Guwahati, November 30: A turtle belonging to a vulnerable species has been saved from being sold in a fish market in Assam on Monday, thanks to the initiative of an academician, an official said.

Head of the Life Science and Bioinformatics department of Assam University Sarbani Giri had gone to the fish market when she noticed a man putting up an Indian peacock soft-shell turtle (Nilssonia hurum), which was alive, for sale.
He wanted to cut the turtle into pieces and sell it but Giri immediately stopped him from doing so and offered to buy it alive for Rs 4,000, a forest official said.
Her gesture moved the man and he gave her the turtle.
After bringing it home, Giri called up the Cachar Forest Division in Silchar to release it in its natural habitat, the official said.
Personnel of the forest department took the turtle from the professor and thanked her for saving the life of the turtle.
The forest department has decided to team up with the fisheries department to create awareness among fishermen about turtles.
The Indian peacock soft-shell turtle is found in South Asia and is listed on the IUCN (International Union for Conservation of Nature) Red list as a vulnerable species. (PTI)