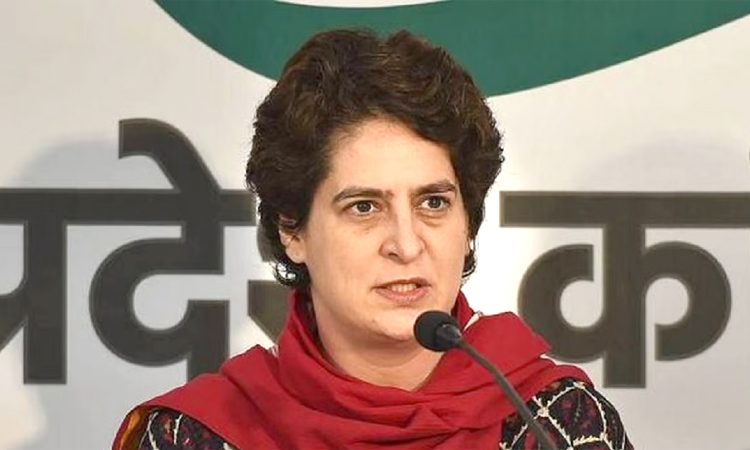 NEW DELHI, JANUARY 8: Congress general secretary Priyanka Gandhi Vadra on Friday criticised a member of the National Commission for Women’s (NCW) for her comments against the gang-rape in Uttar Pradesh’s Budaun and questioned whether women’s safety could be ensured with such behaviour. A 50-year-old Anganwadi worker was gang-raped and murdered by a priest and his 2 aides in Budaun district on January 3. All the accused have been arrested by the state police.

“Will we be able to ensure women’s safety with this behaviour? Members of the Women’s Commission are blaming the victim for the rape. The Budaun administration is concerned about who leaked the post-mortem result of the victim,”?Priyanka Gandhi wrote on Facebook in Hindi.
NCW’s Chandramukhi Devi had stoked controversy when she reportedly blamed the Budaun rape victim, saying if the woman did not go alone, the crime could have been avoided. “I think if she (the victim) had not gone out in the evening or was accompanied by a family member, maybe this incident could have been avoided,” Devi said while addressing reporters after she met the victim’s family. She added that the victim could also have been saved if the police showed swiftness.
Gandhi cited another incident of rape reported from Moradabad and said that women would never forgive this administrative system. “Remember that at this time, the victim of Moradabad is fighting a battle against death in another horrific rape case. Women will not forgive this administrative system and this disgrace,” she said.
On Wednesday, the Congress leader had alleged that there was something wrong in Uttar Pradesh’s administration with regard to women’s security.
NCW Chairperson Rekha Sharma condemned Devi’s behaviour and said that women had the right to move out whenever and wherever they wanted to. On being asked whether she stood by Devi’s remarks, Sharma said, “No I don’t… I don’t know how and why the member has said this but women have all the right to move on their will whenever and wherever they want to. It’s society and the state’s duty to make places safe for women.”
(HT with agency inputs)