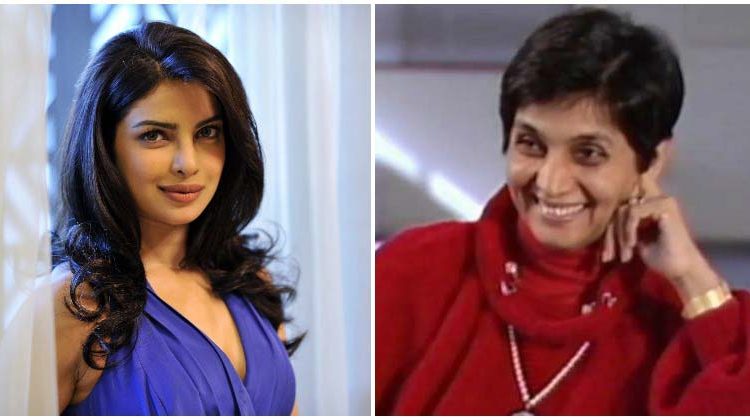 Actor Priyanka Chopra has announced her fourth Hollywood project. She will play late spiritual leader Osho’s disciple, Ma Anand Sheela, in a film, which will be helmed by Oscar-winning director, Barry Levinson (Rain Man).
Priyanka announced the project on the latest episode of Ellen on Tuesday. She was promoting her upcoming Hollywood movie, Isn’t It Romantic, on the show, when she made the announcement to host Ellen DeGeneres.
“I am developing a feature with Barry Levinson. He is an iconic American director. We are developing it (from the perspective of) Sheela who is this guru who originated from India. She was his right hand woman and she was devious. She created a whole cult in America. He was called Osho. I don’t know if you’ve heard of him. I am developing that next for me to star in and produce,” she said about the project.
Netflix’s hit documentary Wild Wild Country was also based on Osho’s community, Rajneeshpuram, which was run by Ma Anand Sheela in Oregon, United States. After a series of altercations with the locals, which ended with the mass poisoning of a town, she was convicted of multiple attempted murders and now lives in Switzerland. Osho himself accused Sheela of arson, wiretapping, attempted murder and mass poisoning, after she fled from the commune.
Earlier, actor Alia Bhatt was rumored to be playing Sheela in a film based on Osho. She said in Rajeev Masand’s Actress’ Roundtable that it was her dream role, but neither confirmed nor denied taking on the role.