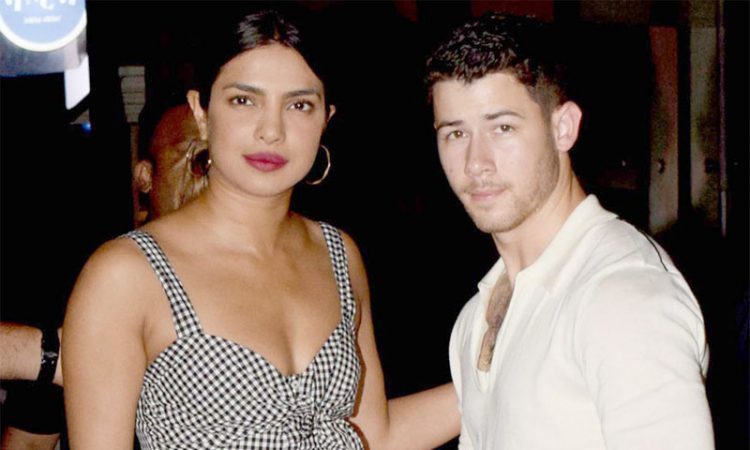 Star couple Priyanka Chopra Jonas and Nick Jonas on Sunday marked their first anniversary since they met and the actor-singer made sure it was special for his wife.
Nick wrote an emotional post on Instagram for Priyanka whom he married last December.
“One year ago, today, I went to go see ‘Beauty and the Beast’ at the Hollywood bowl with a group of friends. One of those friends was the woman that would become my best friend, my confidant, my muse, my beautiful wife.
“You make me smile every day and you inspire me to be the best version of myself. I am honoured to be your husband. I love you,” Nick wrote along with a romantic photograph from their recent Cannes Film Festival outing.
Nick also surprised his wife by arranging her meeting with ace singer Mariah Carey – one of her favourites -on the special day.
Priyanka called Nick “the best husband ever”.
She wrote: “A Lambily member’s dream came true… Even though he was busy and we were apart, he made sure I celebrated our one year anniversary with my favourite Mariah Carey… Happy one year love!”
As excited as she was, Priyanka also shared a photograph with Carey.
“So lovely meeting you and thank you for the show,” she wrote.
Nick and Priyanka had got engaged in July 2018 after two months of dating. They tied the knot in December with extravagant wedding celebrations that spanned three days in India.