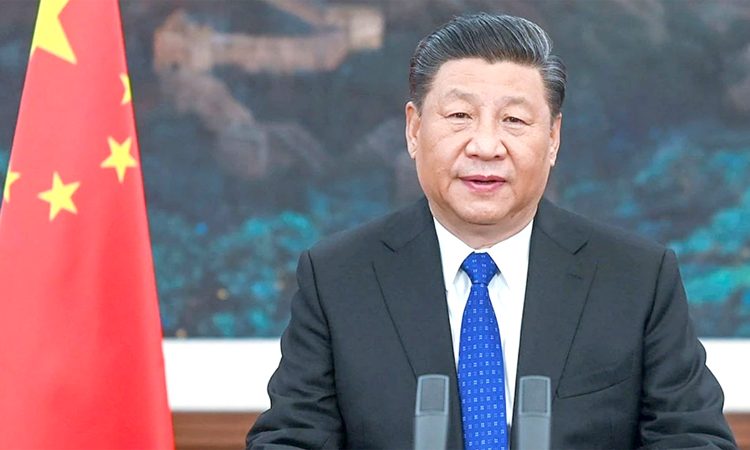 Beijing, February 25: President Xi Jinping on Thursday declared that China has scored a “complete victory” in its fight against poverty by lifting over 770 million people out of it in the last four decades, calling it another “miracle” created by the country that will go down in history.

Absolute poverty has been eradicated in the world’s most populous country, Xi announced while addressing a gathering held here to mark the country’s accomplishments in poverty alleviation and honour its model poverty fighters.
China has a population of around 1.4 billion.
Xi said that all poor people in rural areas have been lifted out of poverty. With this, China has achieved the UN goal of poverty eradication 10 years ahead of the 2030 deadline, he said.
Over the past eight years, the final 98.99 million impoverished rural residents living under the current poverty line have all been lifted out of poverty. All the 832 impoverished counties and 128,000 impoverished villages have been removed from the poverty list, he said.
Since the launch of the reform and opening up in the late 1970s, 770 million impoverished rural residents have shaken off poverty when calculated according to China’s current poverty line, he said.
China has contributed to more than 70% of global poverty reduction over the same period, Xi, also General Secretary of the ruling Communist Party of China (CPC), said.
With such achievements, China has created another “miracle” that will “go down in history,” he said.
Xi said since he assumed power, China has invested accumulative fiscal funds of nearly 1.6 trillion yuan (about USD 246 billion) into poverty alleviation over the past eight years.
He said according to the World Bank’s international poverty line, the number of Chinese people lifted out of poverty over the past 40 years accounts for more than 70 per cent of the global total.
Complete eradication of poverty in China was the main goal announced by Xi when he came to power towards the end of 2012. At that time, China had about 100 million poor people, mostly living in remote areas.
In his address on Thursday, Xi said that shaking off poverty is not the finish line, but the starting point of a new life and new endeavour.
Xi said the CPC has been working to improve people’s livelihood since its foundation, and over 10 million poor people were lifted out of poverty on average each year since he took over power in 2012.
He said some 25.68 million poor people in China from 7.9 million households have seen their dilapidated houses renovated since late 2012 Over 9.6 million Chinese people have been relocated from impoverished areas since late 2012, he said.
Also, 28 ethnic minority groups with relatively small populations have shaken off poverty collectively since late 2012, he said.
“Improving lives in rural areas key to securing victory to build a moderately prosperous society by 2021,” he said. (PTI)