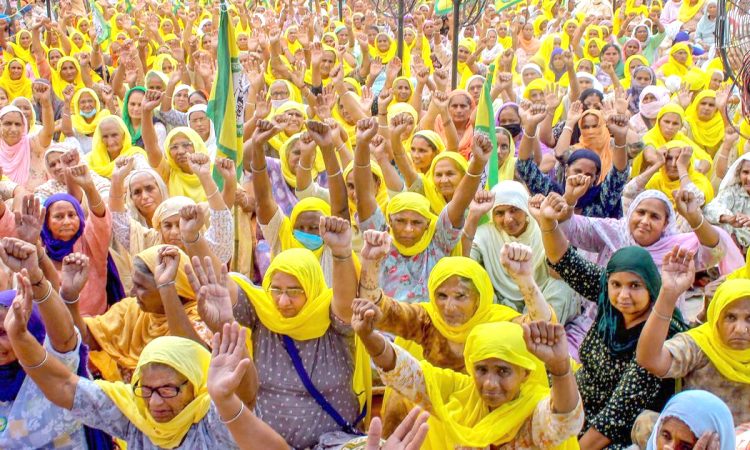 Members of various farmers organizations stage a protest against the central government over agriculture related ordinances, in Patiala on September 20. | PTI

Chandigarh, November 3: Punjab Chief Minister Amarinder Singh will lead a “relay dharna” of Congress MLAs at Delhi’s Rajghat on Wednesday after President Ram Nath Kovind’s refusal to meet a delegation led by him over the Centre’s farm laws.
Singh had sought an appointment with the President on Wednesday to seek assent to the bills recently passed by the state assembly in a bid to negate the Centre’s new farm laws. But Rashtrapati Bhavan has declined his request for appointment, the state government said on Tuesday.
The CM on Tuesday said the protest in Delhi will highlight the situation in the state because of the suspension of goods trains by the Centre.
The Railways has stopped running trains to Punjab, saying the farmers protesting against the farm laws are still blocking some tracks. But the state government maintains that they have eased the blockade and are allowing goods trains to run.
Thermal power plants are shutting down in the state because of lack of coal, the Punjab government said.
The CM said since section 144 of the CrPC – which prohibits assembly of people – is in force in the national capital, MLAs will go from Delhi’s Punjab Bhawan to Mahatma Gandhi’s ‘samadhi’ in groups of four to hold a relay protest.
Singh will lead the first batch at 10.30 am.
Apart from the MLAs from the ruling Congress, Singh has urged Punjab legislators from other parties to participate. (PTI)