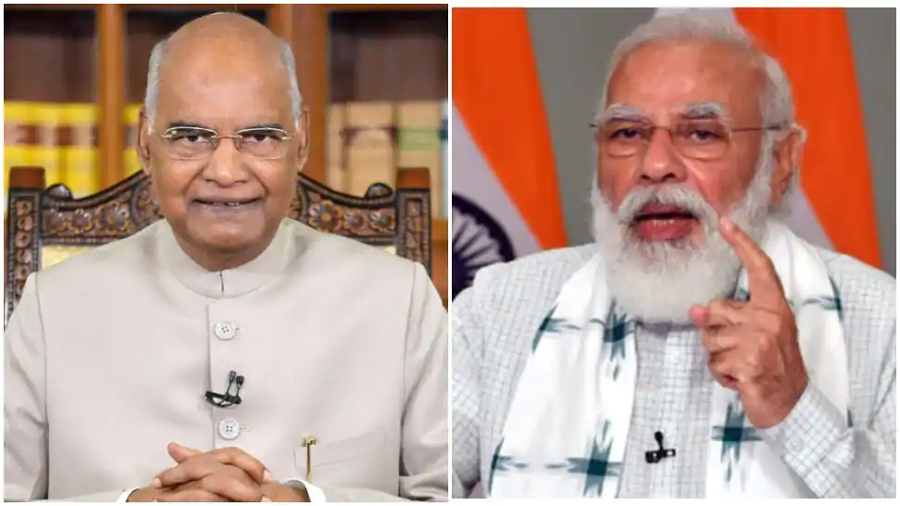 NEW DELHI, SEPTEMBER 6: President Ram Nath Kovind and Prime Minister Narendra Modi will address the inaugural session of the Governors’ Conference on the National Education Policy on Monday through video conference, the Prime Minister’s Office said.
The conference titled ‘Role of NEP-2020 in Transforming Higher Education’ is being organised by the Ministry of Education.
The Governors’ Conference is also being attended by Education Ministers of all states, Vice-Chancellors of state universities and other senior officials.
The statement noted that the NEP-2020 is the first education policy of the 21st century which was announced after 34 years of the previous National Policy on Education in 1986.
The NEP-2020 is directed towards major reforms in both school and higher education level.
“The new National Education Policy strives for making India into an equitable and vibrant knowledge society. It envisions an India-centered education system that contributes directly to transforming India into a global superpower,” it said.
It added that the comprehensive transformation the NEP aims will bring about a paradigm shift in the country’s education system and create an enabling and reinvigorated educational ecosystem for a new ‘Atmanirbhar Bharat’ as envisaged by the Prime Minister.
Various webinars, virtual conferences, and conclaves on a number of aspects of the National Education Policy 2020 are being organised across the country.
The Ministry of Education and University Grants Commission had earlier organised a ‘Conclave on Transformational Reforms in Higher Education under National Education Policy-2020’, which was addressed by Modi. (PTI)

NRC will have no impact on Gorkhas: Amit Shah

VP Naidu, PM Modi to interact with Governors on Wednesday