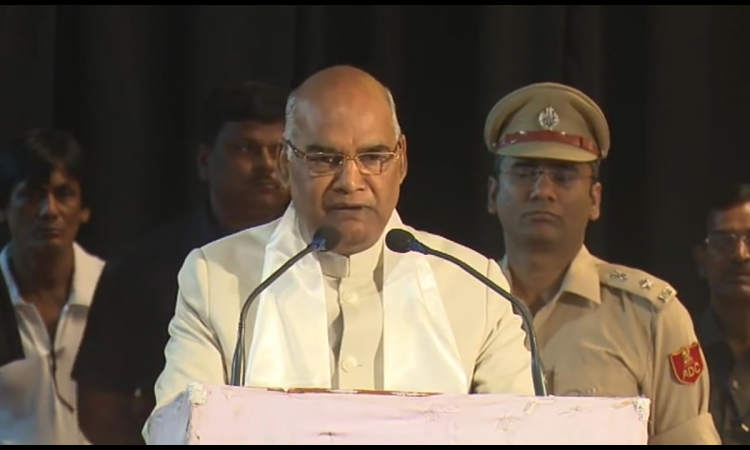 GUWAHATI, July 16: President Ram Nath Kovind has approved the Assam Witch Hunting (Prohibition, Prevention and Protection) Bill, 2015, converting it to an Act, almost three years after it was passed by the state Assembly.
The Act, aimed at eliminating the superstition from the society, imposes a punishment of up to seven years and a fine of up to Rs. 5 lakh.
President Kovind gave his assent to the Bill on June 13, making any offence under the Act as non-bailable, cognizable and non-compoundable, according to information available on the official website of the president’s secretariat.
Branding people, mostly women, as witches and killing them is an old practice in Assam
Between 2001 and 2017, 193 people — 114 women and 79 men — have been branded as witche and killed. 202 cases have been registered by the police during this period, Additional Director General of Police (CID) Anil Kumar Jha said.
To tackle this menace, the Assam Assembly on August 13, 2015, had unanimously passed a Bill, which imposes imprisonment of up to seven years, along with a fine of up to Rs. 5 lakh, for branding someone as a witch. This Bill has now become an Act.
“This is a positive step for the society to tackle the witch-hunting menace. If all stakeholders work together, we will be able control the problem, based on superstition, to a large extent,” he said.
The Act would be imposed, along with Section 302 of the Indian Penal Code (IPC), if someone is killed after being branded as witch.
The punishment for leading a person to commit suicide after intimidating, stigmatising, defaming a person may be extended to life imprisonment, along with Rs. 5 lakh fine.
The Act also talks about various measures that the administration and police should initiate, along with NGOs and civil society, to educate people about witch-hunting.
It also entails that the fine realised as punishment for an offence shall be paid to the victim or his/her next of kin as compensation. (PTI)