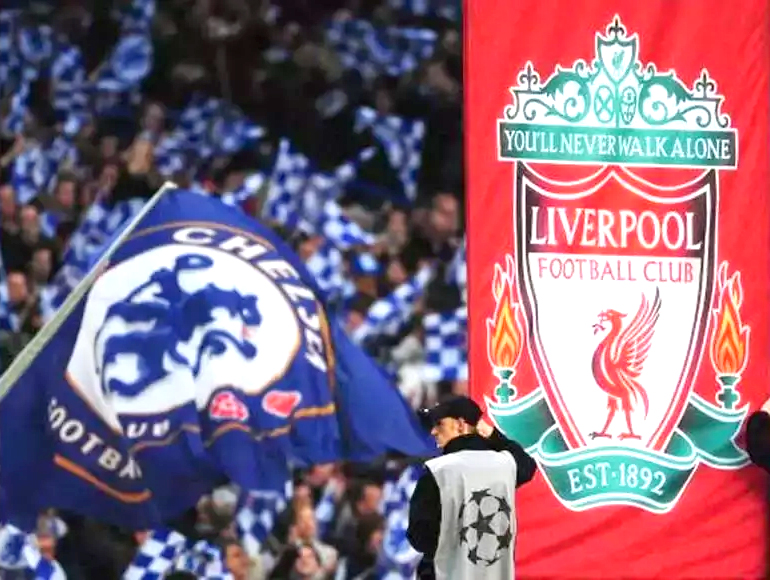 London, September 18: Liverpool face an early test of their Premier League title defence against Chelsea this weekend as Manchester City and Manchester United launch their quest to be champions. Arsenal, Everton and Leicester hope to build on encouraging opening wins while Jose Mourinho needs a morale-boosting victory for Tottenham. AFP Sport looks at some of the main talking points ahead of the action.
Will big-spending Chelsea make Liverpool pay?
Chelsea’s meeting with Liverpool at Stamford Bridge on Sunday has added edge after a feisty exchange between the managers over transfer spending.
The London club finished 33 points behind the champions last season but have splashed out around 200 million pounds ($259 million) on new players.
By contrast, Liverpool have been relatively quiet, adding just Greece left-back Kostas Tsimikas so far, with Spain midfielder Thiago Alcantara likely to follow.
Jurgen Klopp pointedly said Liverpool could not spend in the same way as clubs owned by “countries” and “oligarchs” such as City and Chelsea during the coronavirus pandemic.
But Frank Lampard, who also became embroiled in a spat with Liverpool’s bench in July, pointed out the Anfield side had spent big in previous seasons as they built their title-winning side.
Liverpool will be keen to cut out the defensive errors they committed in a 4-3 win against newly-promoted Leeds, but Mohamed Salah looked in fine early season form as he scored a hat-trick on the opening weekend.
Chelsea were also unconvincing winners against Brighton in their opening match, but Timo Werner, who chose to join the Blues despite interest from Liverpool, did impress in winning a penalty against the Seagulls.
Manchester City’s tough task
Manchester City are the bookmakers’ favourites to land a third Premier League trophy in four seasons but face a tough opener against Wolves.
City boss Pep Guardiola has shored up his defence by signing Netherlands international Nathan Ake and has added to his rich attacking options, landing Ferran Torres from Valencia.
City scored 102 goals last season as they finished second, but lost nine matches as they surrendered their crown to Liverpool.
Both Manchester clubs are starting a week later than other sides due to their European commitments last season.
Guardiola will be painfully aware that his team must be more consistent this campaign and he cannot afford to let Klopp’s men open up an early lead.
But he will feel nervous as he travels to face Wolves, who beat City twice last season, after a disrupted pre-season.
City duo Aymeric Laporte and Riyad Mahrez tested positive for coronavirus earlier this month, while Phil Foden was sent home by England after breaking coronavirus protocols while on international duty.
Can Man Utd progress?
The challenge facing Ole Gunnar Solskjaer ahead of a match against Crystal Palace is how to improve on last season’s third-place finish.
Midfielder Bruno Fernandes was the catalyst as United put together a long unbeaten run, with a front three of Anthony Martial, Marcus Rashford and Mason Greenwood providing the firepower.
But United have been relatively quiet in the transfer window, so far adding just midfielder Donny van de Beek from Ajax, despite persistent speculation linking them with Borussia Dortmund’s Jadon Sancho.
“When we signed Bruno Fernandes, we knew we needed that kind of player — now we’ve signed Donny and he’s a type of player I felt we needed in the squad,” said Solskjaer.
Arsenal’s feel-good factor
Arsenal are buoyant after launching their season with a 3-0 win at newly promoted Fulham and tying down captain Pierre-Emerick Aubameyang for three more years.
Mikel Arteta’s men, who host West Ham on Saturday, finished down in eighth place last season but ended their campaign on a high, winning the FA Cup for a record 14th time.
They followed that up by beating Liverpool on penalties in the season-opening Community Shield before the announcement on Aubameyang this week that fans had craved.
“I want to become an Arsenal legend just like Thierry (Henry), Wrighty (Ian Wright), (Tony) Adams and (Dennis) Bergkamp,” he said. (AFP)
Fixtures:
Saturday
Everton v West Brom (1130 GMT), Leeds v Fulham (1400), Manchester United v Crystal Palace (1630), Arsenal v West Ham (1900)
Sunday
Southampton v Tottenham (1100), Newcastle v Brighton (1300), Chelsea v Liverpool (1530), Leicester v Burnley (1800)