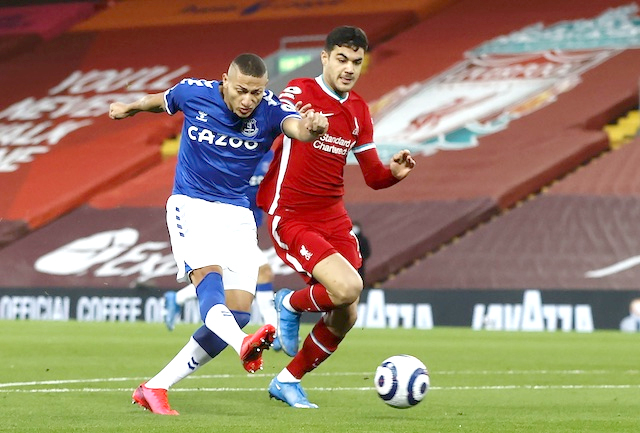 LIVERPOOL, February 21: Everton ended a 22-year wait to win a Merseyside derby at Anfield as goals from Richarlison and Gylfi Sigurdsson earned a 2-0 victory that condemned Liverpool to a fourth consecutive Premier League defeat.

The Toffees had not won a derby on any ground in 23 previous meetings stretching back to 2010, but took full advantage of the English champions’ lost invincibility in front of empty stands.
Victory takes Carlo Ancelotti’s men level on points with their local rivals and with a game in hand to come in the battle for a top-four finish.
After a club-record 68-game unbeaten run at home in the league came to an end last month, Liverpool have now lost four consecutive home games for the first time since 1923.
Jurgen Klopp’s men remain in sixth, three points off the Champions League places, and suffered another major injury blow when captain Jordan Henderson limped off midway through the first-half with a muscle problem.
The destiny of Liverpool’s title defence was irrevocably damaged by the loss of Virgil van Dijk to a knee ligament injury when the sides last met in October.
Van Dijk was in attendance as he continues his rehabilitation, but the gap he has left was exposed inside three minutes.
Season-ending injuries to Joe Gomez and Joel Matip have exacerbated the talismanic Dutchman’s absence, forcing Liverpool to recruit two new centre-backs on the final day of the January transfer market.
Ben Davies has still to make his debut, while Ozan Kabak has made a far from promising start.
The Turkish international’s lack of pace was exposed in a 3-1 defeat to Leicester last weekend and he was again caught flat-footed when James Rodriguez released Richarlison in behind to fire confidently past Brazilian international teammate Alisson Becker.
Liverpool were furious at the lunge by Jordan Pickford that caused Van Dijk’s injury in the previous derby.
The England international has also received plenty of criticism for his performances this season but produced a stunning save to deny Henderson an equaliser from a dipping volley.
Moments later, Henderson, who has deputised at centre-back for the past three months rather than his normal midfield role, added to Liverpool’s long list of injuries as he pulled up.
Klopp could only produce a wry smile at the loss of his skipper, but was grateful to his under-fire goalkeeper to not be 2-0 down by half-time.
Alisson made a string of errors with his feet leading to goals against Manchester City and Leicester, but showed why he is still regarded as one of the world’s best stoppers with a reflex save from Seamus Coleman’s header.
Liverpool responded at the start of the second-half by penning Everton back, but again the Reds cutting edge was missing at Anfield.
Other than Mohamed Salah’s penalty in a 4-1 defeat to City, Klopp’s men have failed to score in their last five home games.
Sadio Mane planted a header straight into Pickford’s arms before the Senegalese was denied by a desperate last-ditch challenge from Michael Keane.
Ancelotti introduced top scorer Dominic Calvert-Lewin for the final half hour on his return from injury.
And the gamble paid off on a rare counter-attack from the visitors as the England international was taken down by Trent Alexander-Arnold after Alisson had saved his first effort.
Sigurdsson kept his cool from the penalty spot to double Everton’s lead and sap any lasting belief from Liverpool of ending their losing streak.
Ademola Lookman earns Fulham vital win against Sheffield United

Ademola Lookman’s second-half goal earned Fulham a precious 1-0 victory over bottom club Sheffield United to edge them closer to escaping the Premier League relegation zone on Saturday.
Scott Parker’s side huffed and puffed for more than an hour at Craven Cottage until Lookman fired a shot past Sheffield United keeper Aaron Ramsdale in the 61st minute.
Fulham keeper Alphonse Areola was forced into a brave late block to preserve Fulham’s lead and they hung on to record a second win in three games.
Their first victory at home in three months lifted them to 22 points from 25 games, three points behind Newcastle United who are one place above the drop zone ahead of their game at Manchester United on Sunday.
Sheffield United look doomed to the drop as they are 14 points behind Newcastle.
Fulham dominated but had no cutting edge until Lookman was picked out by Joachim Andersen’s pass before evading United defender Ethan Ampadu and cutting in to fire a shot through the legs of Ramsdale for his fourth league goal of the season.
“It’s been a big, big week for us with our performances. We’ve been growing in confidence and the wins are coming,” Lookman said of a week in which Fulham have picked up seven points to reduce Newcastle’s safety cushion.
“We’re not focused on anybody else apart (from) ourselves. We can only control what we can control.”
Fulham had 15 attempts at goal compared to Sheffield United’s four but the closest they came to breaking the deadlock was when Ruben Loftus-Cheek’s effort was hooked off the line by defender George Baldock.
A jittery closing few minutes for the hosts saw Areola make a reaction save to deny Enda Stevens an equaliser.
“I’m really proud of this team because it’s a huge moment; not just this game but this week. It’s been massive,” said Parker, whose side are unbeaten in four games.
“We all understand what we need to do. We need results more than performances but I felt like we got both tonight.”
United manager Chris Wilder admitted it now looked impossible for his side to avoid relegation after a 20th league defeat in 25 games this season.
“I can’t mug you off — it’s looking like next season we’ll be in the Championship (second tier),” he said. (AFP/Reuters) 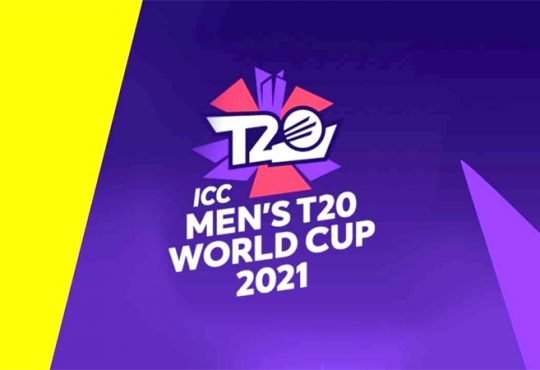 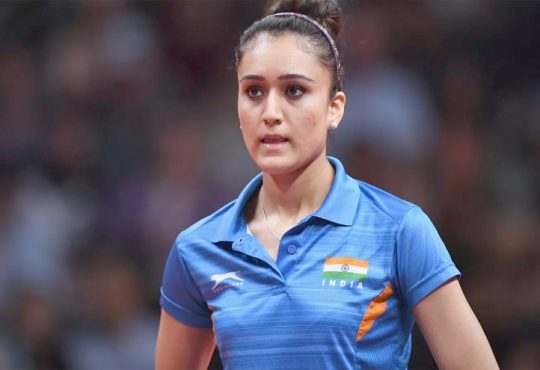