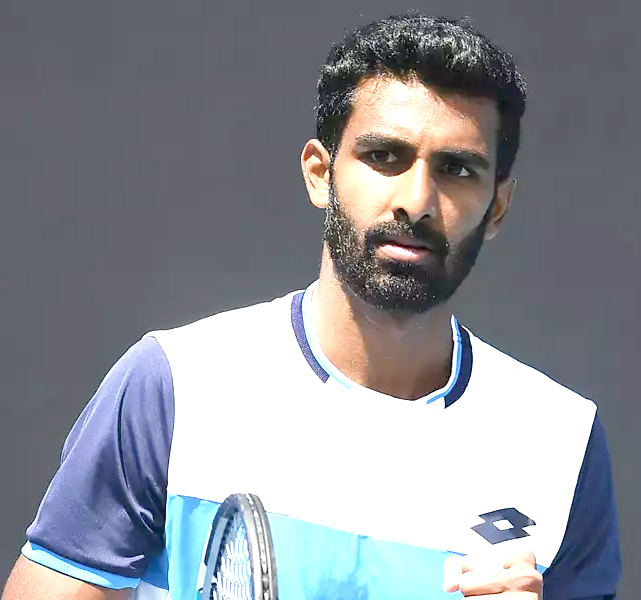 PARIS, September 21: Indian tennis player Prajnesh Gunneswaran overcame a sluggish start to advance to the second round of the French Openmen’s singles qualifying event but country’s top player Sumit Nagalbowed out after a close defeat on Monday.
Seeded 16th, Nagal — who became the first Indian in seven years to win a singles match at a Grand Slam with his opening round victory at the US Open — lost 6-7 (4) 5-7 to Germany’s seasoned player Dustin Brown in one hour and 47 minutes.
Nagal had his chances in the second set as he was leading 3-0 but Brown did not let him continue with the momentum.
Prajnesh, India’s second-highest ranked singles player, got the better of Turkey’s Cem Ilkel 6-3 6-1 after losing his service early in his opening qualifier of the clay court Grand Slam.
Another Indian featuring in the qualifying draw is Ramkumar Ramanathan, who is up against local wildcard Tristan Lamasine. (PTI)