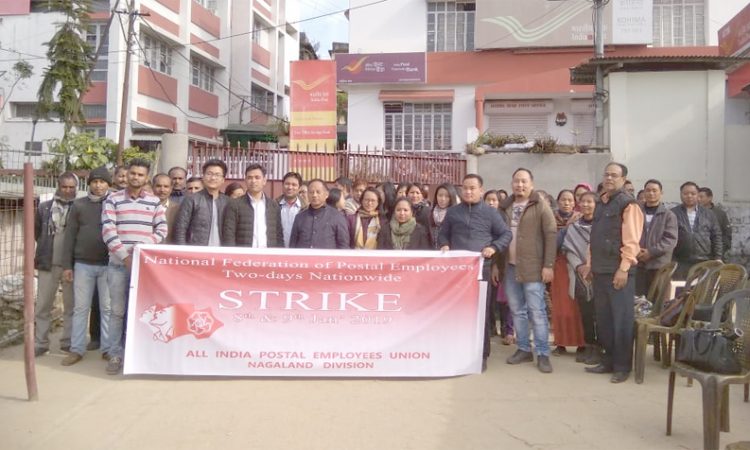 Kohima, January 9: The two-day nationwide strike on All India Postal Employees Union (AIPEU) concluded peacefully today.
In Nagaland the strike which commenced Tuesday was called by AIPEU-P III, Nagaland.
The division secretary Daniel Domeh said that the strike was called by the confederation of central government employees and national federation of postal employees in support of the 23-point charter of demands which includes scarping of New Pension Scheme.
He also informed that altogether more than 1000 employees took part in the strike across Nagaland.
All public transactions remained closed for two days throughout the state while postal employees converged outside the Head Post Office Kohima premises shouting slogans demanding fulfilment of their demands.
(Page News Service)