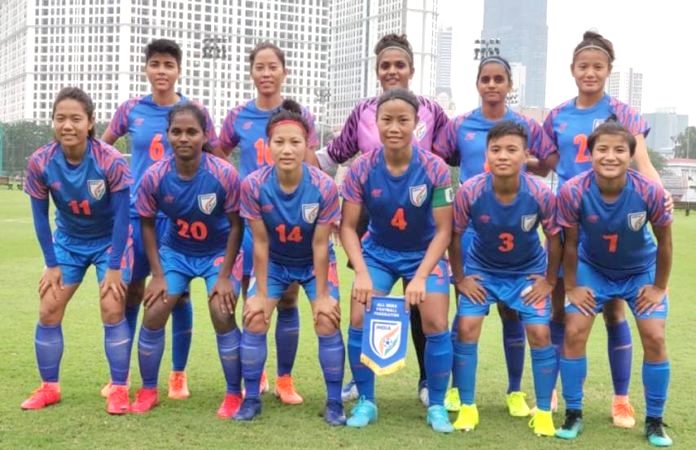 After the first match against Serbia on February 17, the Indian team will play against Russia on February 19 and Ukraine on February 23.
The team has been undergoing preparation in Goa for the last two months.
The international matches assume significance as India will host the women’s Asian Cup from January 20 to February 6, next year.
Head coach Maymol Rocky said the matches in Turkey will be a good barometer to judge where her players stand in terms of being match-fit after a long lay-off due to the pandemic.
“We have a young and talented squad. This may be our first tournament in a long time, but the girls are eager to prove themselves. We will be playing against European teams. It will not be easy, but we are ready for the challenge,” she said.
“Playing against strong European teams will help us prepare for the Asian Cup. These experiences will be vital for the girls.”
Maymol added that the preparatory camp has helped everyone to get back into physical shape, while making them mentally stronger at the same time.
“The two months in the camp allowed the girls to get back into shape both physically and mentally for international football,” she said.
The Indian squad boasts of players who were supposed to play in the FIFA U-17 Women’s World Cup, which the country was to host this year but the showpiece event was scrapped due to the pandemic. India was handed the hosting rights of the 2022 edition instead. (PTI)
The Squad:
Goalkeepers: Maibam Linthoingambi Devi, Sowmiya Narayanasamy.
Defenders: Loitongbam Ashalata Devi, Ngangbam Sweety Devi, Ritu Rani, Sorokhaibam Ranjana Chanu, Wangkhem Linthoingambi Devi, Kritina Devi Thounaojam.
Midfielders: Manisha, Sangita Basfore, Sumithra Kamaraj, Pyari Xaxa.
Forwards: Anju Tamang, Indumathi Kathiresan, Soumya Guguloth, Dangmei Grace, Karishma Purushottam Shirvoikar, Sandhiya Ranganathan, Heigrujjam Daya Devi, Sumati Kumari.