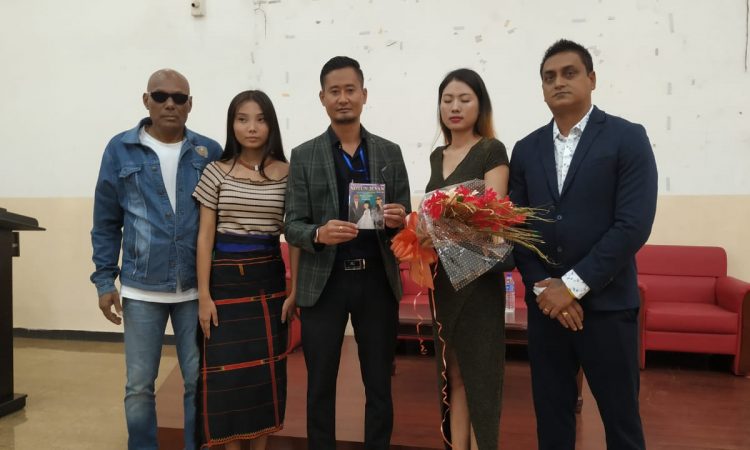 Pooja Film Production’s latest movie “Notun Jevan” was released on Sunday by N. Phutolu Achumi (Domel), President of MES Contractors and Suppliers, Dimapur here at Tourist Lodge.
The film was released in two languages i.e., Nagamese and English. While the Nagamese version is for distribution only in Nagaland, the English version will be made available throughout northeast.
Speaking on the occasion Achumi said that Nagaland has a lot of talent but they either don’t get the exposure or there is a general lack of awareness about from where to start and such initiatives are giving a platform to the talents.
Earlier, the Director of the movie Ajay Kumar, mentioned in his speech that the release of the film, which was shot over a period of three and a half months, had to be postponed by nine months because of the pandemic.
“Notun Jevan” is the 75th movie of the Dimapur based production house. Produced and directed by Ajay Kumar, the film stars Asen Jamir in the leading role.
(Page News Service)