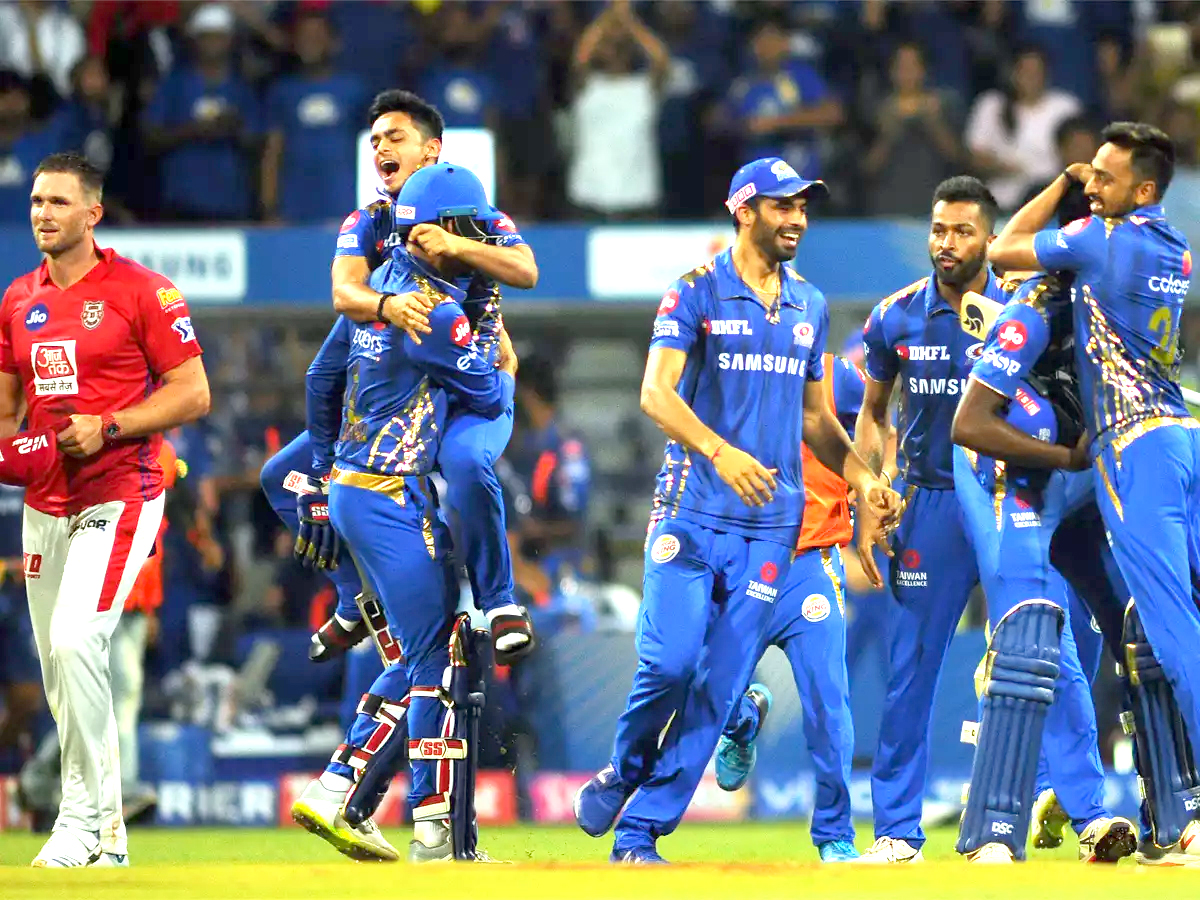 MUMBAI, April 11: Stand-in captain Kieron Pollard’s sensational 83-run knock put KL Rahul’s maiden IPL hundred in the shade as Mumbai Indians pulled off a thrilling last-ball three-wicket win over Kings XI Punjab, here on Wednesday.
Rahul and Chris Gayle, who struck a 36-ball 63, powered Kings XI Punjab to an imposing 197 for four after being asked to bat.
Pollard single-handedly brought his side back in the game with his 31-ball knock, punishing the Punjab bowlers with 10 sixes and three fours.
The burly West Indian was dismissed in the second ball of the last over with four needed for victory from final four balls.
Alzarri Joseph (15 not out), who added a crucial 54 runs in 23 balls with Pollard for the seventh wicket, and Rahul Chahar (1) managed to hold their nerve to take side past the finish line.
The victory was the third in a row for MI and took their tally to eight points from six games while Kings XI suffered their third defeat in seven games.
Pollard’s pyrotechnics stole the thunder from Kings XI openers KL Rahul, who had carried his bat through with an unbeaten 100 in 64 balls with the help of six fours and as many sixes, and his opening partner Chris Gayle, who smashed 63 in 36 balls with seven sixes and three fours.
Pollard, standing in for Rohit Sharma, who missed out on the game due to leg spasm injury, promoted himself in the order.
After 10 overs, MI needed 133 in 60 balls, still fancying their chances with the big-hitting Pollard at the crease and another fine finisher Hardik Pandya to follow.
Shami got rid of Hardik and Krunal Pandya in space of four balls.
The equation whittled down to 63 from 30 balls and then 15 off the last six balls after Pollard smacked Curran for two sixes and a four in the penultimate over before he was caught off Rajpoot in the last over. (PTI)