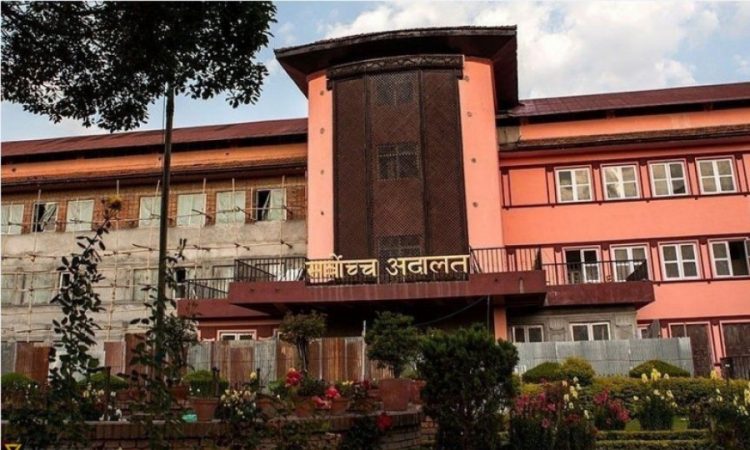 Kathmandu, June 22: The political crisis deepened in Nepal on Tuesday after the Supreme Court quashed the appointment of 20 ministers by beleaguered Prime Minister K P Sharma Oli, invalidating his two Cabinet expansions since the dissolution of the House of Representatives, according to a media report.

A division bench of Chief Justice Cholendra Shumsher Rana and Justice Prakash Kumar Dhungana said that Cabinet expansions after the dissolution of the House were unconstitutional and hence, the ministers cannot discharge their duties, a report in the Kathmandu Post said.
With the order, there are only five ministers left in Oli’s Cabinet, including the Prime Minister, it said.
The court passed the judgement on petitions filed on June 7 by six individuals, including senior advocate Dinesh Tripathi, demanding that the Cabinet expansions by the caretaker government be quashed.
Oli, 69, who is heading a minority government after losing a trust vote in the House last month, expanded his Cabinet on June 10 and June 4, inducting 17 ministers, amid widespread criticism and the ongoing political crisis in the Himalayan nation. Three state ministers were also appointed.
The Supreme Court has issued an interim order asking not to allow the ministers appointed after the House dissolution to function, said senior advocate Tripathi.
The Supreme Court has cited Article 77 (3) in its ruling to quash the appointments. It states if the Office of the Prime Minister falls vacant after the prime minister fails to win a vote of confidence or resigns, the same Council of Ministers shall continue to act until another Council of Ministers is constituted, the report said.
The development comes when the Supreme Court is hearing the case regarding the reinstatement of the House of Representatives, which was dissolved by President Bidya Devi Bhandari on May 22 at the recommendation of Prime Minister Oli.
Oli last week defended his government’s controversial decision to dissolve the House of Representatives and told the Supreme Court that it is not up to the judiciary to appoint a premier as it cannot undertake the legislative and the executive functions of the state.

Nepal plunged into a political crisis on December 20 last year after President Bhandari dissolved the 275-member House and announced fresh elections on April 30 and May 10 at the recommendation of Prime Minister Oli, amidst a tussle for power within the ruling Nepal Communist Party (NCP).
In February, the Supreme Court reinstated the dissolved House of Representatives, in a setback to the embattled prime minister who was preparing for snap polls.
Oli repeatedly defended his move to dissolve the House of Representatives, saying some leaders of his party were attempting to form a “parallel government”. (PTI)