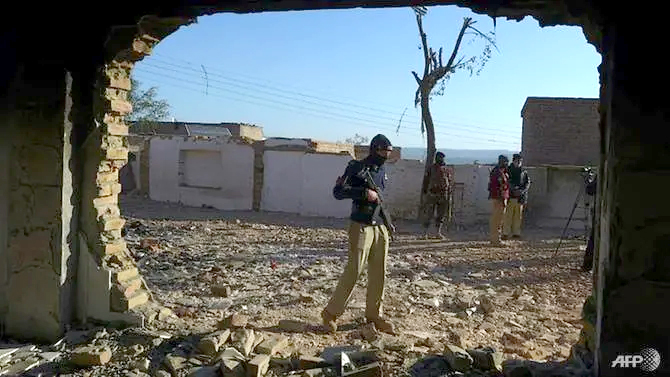 A policeman stands guard at the burnt Hindu temple a day after a mob attack in a remote village in Karak district, some 160 kms southeast of Peshawar last week. AFP/Abdul MAJEED

ISLAMABAD, January 5: Police officers showed “cowardice and negligence” in failing to confront a mob that attacked and set fire to a Hindu temple in northwest Pakistan, the provincial police chief said Tuesday.
Around 1,500 Muslims last week descended on the temple — in a remote village of northeast Khyber Pakhtunkhwa province — after protesting against renovations being made to an adjoining building owned by a Hindu group.
“There were 92 police officials at the spot, but they showed cowardice and negligence,” provincial police chief Sanaullah Abbasi admitted at a Supreme Court hearing into the case in Islamabad.
Around 12 police officials have been suspended, Abbasi told reporters outside the court.
He said the protestors remained peaceful until an infamatory speech by cleric Molvi Shareef — who also led a mob in a previous demolition of the temple in 1997.
“They went with an impunity,” Pakistan’s Chief Justice Gulzar Ahmed said of the mob, who used sledgehammers to knock down the walls of the temple before setting the building ablaze last week.
Pakistan’s top court, in an unprecedented move, has also ordered authorities to submit a separate report on the attack.
Discrimination and violence against religious minorities are common in Pakistan, where Muslims make up 97 percent of the population and Hindus around two percent.
Similar incidents in the past have faced little scrutiny, with police refusing to investigate over fears it could ignite further rioting by Islamic hardliners.
While no Hindus live in the area, devotees often visit the temple and its shrine to pay homage to the Hindu saint Shri Param Hans Ji Mahaaraj, who died there before the 1947 partition of India that gave birth to Pakistan.

It is the fourth holiest Hindu worship site in the conservative Muslim country.
The provincial government has said it would pay for the restoration of the temple, but the court suggested the cost be covered by those arrested over the attack.
“You have to recover money from the people who did this, from this Molvi and his followers,” Ahmed said.
The court was told so far 109 arrests related to the case were made, including nine who led the mob.
Rebuild demolished Hindu temple in Karak within 2 weeks, orders Pak SC
The Pakistan Supreme Court (SC) on Tuesday directed relevant authorities to start the restoration of the Hindu temple in Karak within two weeks besides summoning details of all temples from the Evacuee Trust Property Board (ETPB), reported ARY News.
On December 30, a mob of over a hundred people led by local Muslim clerics had destroyed and set on fire a Hindu temple in the Karak district of Khyber Pakhtunkhwa province.
A viral video clip on social media showed a violent mob destroying the walls and roof of the temple.
This act against the Hindu minority community has been widely condemned by human rights activists based in Pakistan and other parts of the world.
The mob incited by a local cleric was part of a rally organised by Jamiat Ulema-e Islam-Fazl (JUI-F), a Sunni Deobandi political party in Pakistan.
In the rally, speakers delivered inflammatory speeches after which the mob stormed the temple, set it ablaze, and razed it to the ground.
Taking suo motu cognizance of the vandalism, Chief Justice of Pakistan Justice Gulzar Ahmed raised questions how could the police allow the mob to enter the temple’s premises instead of controlling the situation, reported ARY News.
The chief justice also remarked that the expenses to restore the site should be borne by the responsible persons. The top court directed the relevant authorities to start rebuilding the Hindu shrine in two weeks and directed ETPB to provide details of all functional and non-functional temples in the country.
Later, the court adjourned the hearing for two weeks, reported ARY News. (AFP/ANI) 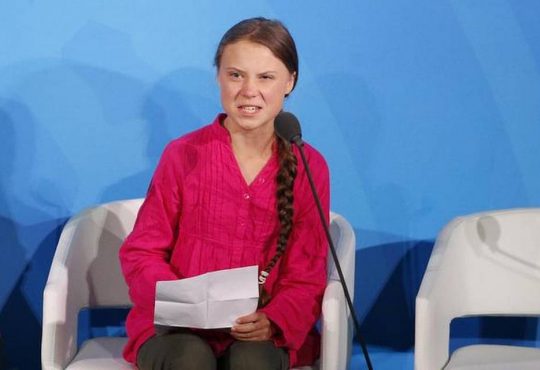 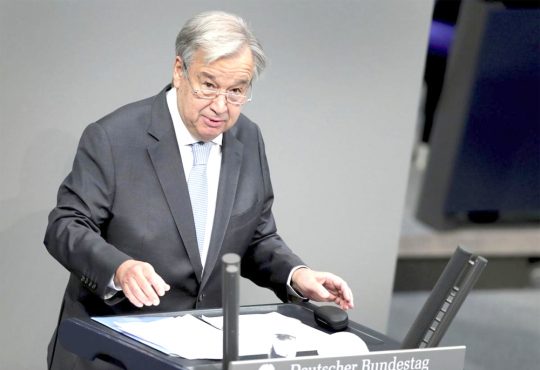 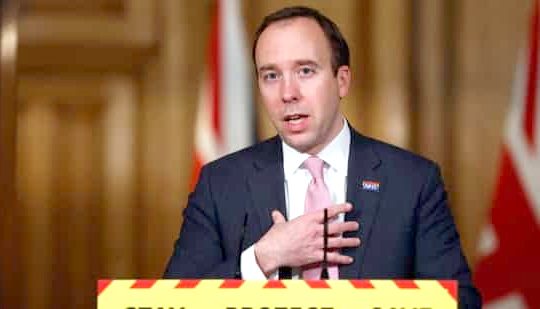